WOODVILLE — For the first time in Jeffery Gibson’s coaching career, he will coach against his younger brother Don Gibson when Wilkinson County High School takes on Port Allen Friday night. It is the home opener for Wilkinson County.

The Gibson brothers grew up in nearby Amite County and were competitive in everything – from the football field to the basketball court.

“Naturally we have been competing since we were young,” Jeffrey said. “I can remember when we were young and Nintendo was out. We would be playing John Madden Football. The score in the fourth quarter would be seven to seven. He would knock the stick out of my hand and I would knock the stick out of his. We were just trying to win against each other.”

They had always coached together or were at schools far enough apart they couldn’t play each other. Jeffery and Don coached in Oklahoma, Louisiana and Mississippi.

He said Don would be prepared this week.

“Trying to break him down on film, he is good at disguising things,” Jeffrey said. “We have been dotting our Is and crossing our Ts. We have been working hard in film study. Last week, we didn’t play well.”

WCCA has come back this week in practice and tried to correct a lot of the sloppy play from their 54-6 loss to Crystal Springs.

On offense, Port Allen has another Gibson taking the field as Jeffery’s nephew Brennan Gibson plays wide receiver. He is a freshman but has a lot of explosive speed, Jeffery said.

“He is a special player and I’m excited,” Gibson said. “He is a heck of a ball player. I have been watching him for a while since he was young. I think last week he scored their first two touchdowns. We have our hands full with him.” 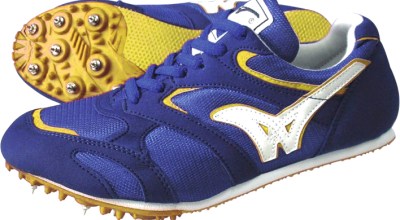