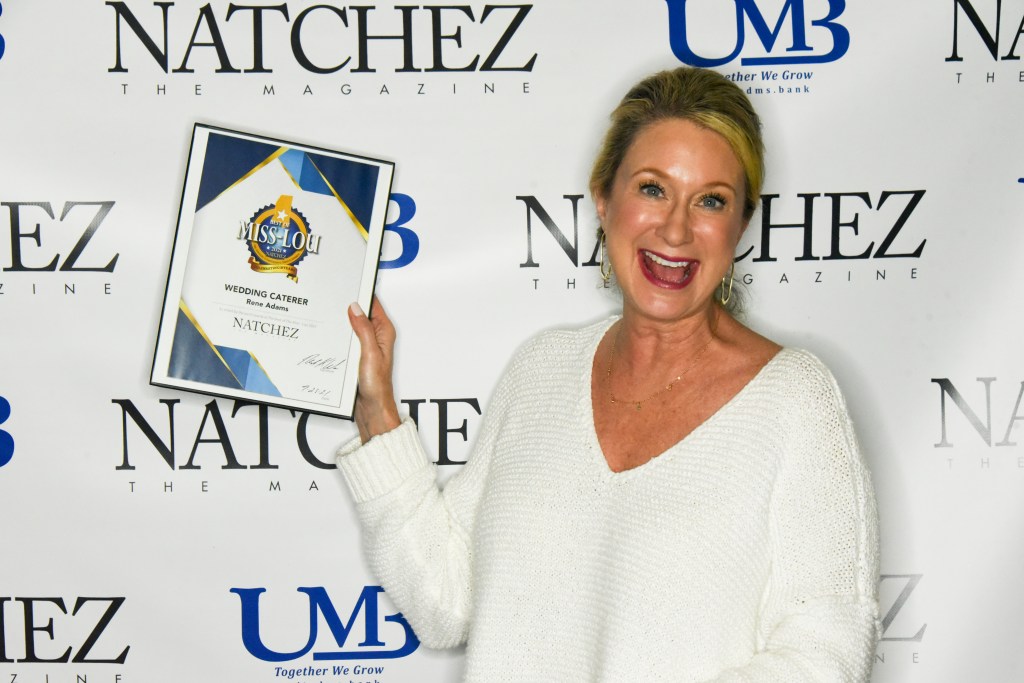 Christy Williams was on hand at the event to pick up a certificate for her friend and Best Wedding Caterer winner Rene Adams. (Staff Photo)

NATCHEZ — On Thursday, some 300 people attended Natchez The Magazine’s 20th annual Best of the Miss-Lou awards at 100 Main.

The house was packed with standing room only as people continued to file to see their favorite businesses and individuals receive their due recognition at this highly-anticipated event of the year.

“There are more people here than expected. Way more,” said Kevin Warren, publisher of The Natchez Democrat at Thursday’s award ceremony. “We’re excited about the turnout, and we’re glad to be a part of this as a community. We look forward to next year being bigger and better.”

Warren said the number of nominations this year for the annual Best of the Miss-Lou awards is “outstanding” with more than 53,000 nominations in various categories to fit every entrepreneur’s specialization whether it’s automotive, food and drink, health and fitness, home and garden, pets, professional services, shopping and entertainment or weddings.

And with more than 143,000 votes, Warren said this year has been the annual award’s “best year ever.”

Warren attributes the success of this year’s nominations and votes to the launch of online voting, which is new to the awards this year. Because so many more people had easier access to voting through a digital platform, not only were there more votes counted than ever before but also new award recipients added to the mix of familiar entrepreneurs who achieve recognition year after year.

“It was very unexpected,” he said of the awards. “I think it’s great and really shows the culture we have at Lakeside Ford and how we value and treat our customers.”

Ashley Allen, head chef of The Little Easy Café and Smoot’s Grocery Blues Lounge, said he was not surprised by receiving Best of the Miss-Lou awards in multiple food and drink categories.

“We only offer the best,” he said. “It feels awesome and we’re grateful for the patronage and support of our customers. They keep us motivated.”

Kate Brasher, chef of The Castle at Dunleith, smiled proudly as she took home the award for Best Chef.

“It feels amazing,” she said. “I have no words. I was in a category with a lot of great chef. I also believe I was the only female chef in the category and I’m pretty sure all of the guys have been there a lot longer than I have. It feels awesome and was definitely unexpected.”