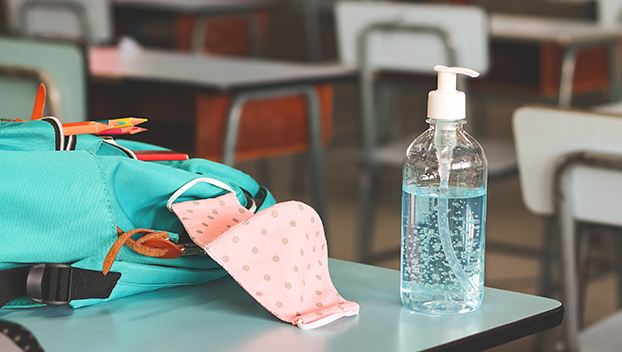 NATCHEZ — Natchez Adams County school officials said they feel the pandemic has had an even greater impact on the district when compared with other schools across the state.

In an emailed statement from Ernest “Tony” Fields, Public Engagement Coordinator for Natchez-Adams School District, school officials said the pandemic had an even greater impact “on communities such as ours,” where at the start of the school year, “parents were leery of allowing their students to attend school for face-to-face instruction.”

“Every community has a different dynamic,” school officials said. “For example, there are a number of school districts around the state that … with students regularly participating in online learning using various computing devices and learning management systems. Therefore, they were acclimated to that process and virtual instruction.”

Students across the state paid the price for learning outside of classrooms in 2020.

Students were last tested in 2019 and reached an all-time high for proficiency in mathematics and ELA. However, 2021 assessment results show statewide proficiency levels fell in all grades except grade 8 ELA, which increased 0.1 percent to 35.6 percent since 2019, when it was 35.5 percent.

According to MAAP results released Thursday, a higher percentage of NASD students tested below a Level 3 on the assessment when compared with statewide percentages. Students are graded on a Level 1 to Level 5 scale with Level 1 being minimal performance and Level 5 being advanced.

With so many families opting for at-home learning, the district was not equipped with the technology to provide high-speed internet to student’s district-wide until November.

“Many families did not have access to technology and/or high-speed internet so students were not able to receive instruction from highly qualified teachers.  It wasn’t until November that all students were issued Chromebooks and hotspots,” school officials said, adding those who opted for hybrid instruction—half face-to-face instruction and half virtual — showed better performance overall than those who were fully virtual.

“The district saw a disheartening issue with disengagement among virtual students at the beginning of the school year. Hybrid students received two days of face-to-face instruction and three days of a combination of synchronous and asynchronous instruction. Therefore, we saw better performance among students who attended face-to-face on the hybrid schedule when compared to the performance of students who attended virtually.”

School officials said the district has adopted a new K-12 ELA curriculum and deepened the implementation of the K-12 math curriculum to address student learning loss.

“We have hired content-specific interventionists to provide more personalized instruction to students with a greater need for support,” they said.

Additionally, the school district is gearing up for an after school tutorial program will students will be matched with content area teachers for afterschool support and has strengthened its social work department to provide students and families with additional support in the area of social and emotional learning, school officials said.

The test participation rate was almost a non-issue for NASD schools.