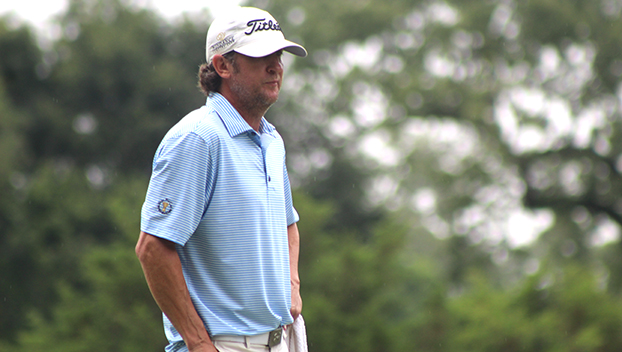 PHILADELPHIA — Natchezian Casey Ham won the 2021 Mississippi Senior Amateur at Dancing Rabbit Golf Club with a final round 68 Sunday. He shot three-under-par to win the tournament by three strokes.
Ham turned 50 in July and won the 2021 Beau Pre Club Championship this year. It was a little odd signing up for the senior division, he said.

“They asked me for my ID to prove I was 50,” Ham said. “That was my first senior tournament. I joked about how it didn’t sound right when I called to sign up.”

The first tournament was his first senior tournament win. Before Friday’s round, he said he was playing solid golf and felt his swing was good at the Beau Pre Cup.

Playing in any tournament, he expects to win and played like it in the first round. He shot a 69 in a bogey-free round. However, in the second round, he slipped up with two double bogeys on holes No. 16 and 17.

“I just made two poor swings,” Ham said. “I tried to get it more out of my driver on No. 16 and pulled it left. I was in some bushes and tried to punch it out. I made a double on a par five and then on a par three. My shot got caught in the wind and landed in the water-shy of the hole.”

He said despite all of this, he still had a chance in the tournament. Entering the final day, he was down by three strokes at one over par.

Sunday, he stepped his game up and shot a 68 to win the tournament by three strokes.

He completed the round without any bogeys, an improvement from the day before.
In the final round, he birdied holes No. 10, 13 and 14 to take the championship and pared No. 16 and 17, where he double-bogeyed in the second round. He also missed some chances to eagle.

“I lipped one eagle putt out and left another one short,” Ham said. “I told myself to go back out there and play like I did the first day. I knew I had to be aggressive on the final day. The guys in the final group were behind us, and I could see they were struggling. I knew if I had a bunch of birdies and pars, I would have a chance.”

There was not a pivotal moment really in the final round which swung the tournament in his favor. Instead, the last day was slow, he said.

“We had to wait for almost every shot,” Ham said. “The leaders came up behind us. Michael Hammit wanted to know what I was shooting. I think we were on No. 11. He told me I was leading them. I had to play with that on my mind to try and hang on to the lead. I made two more birdies coming in and hoped no one in front of me would score real low.”

Campbell scores hat trick in win over Cathedral on…