Competition steps up for Bulldogs 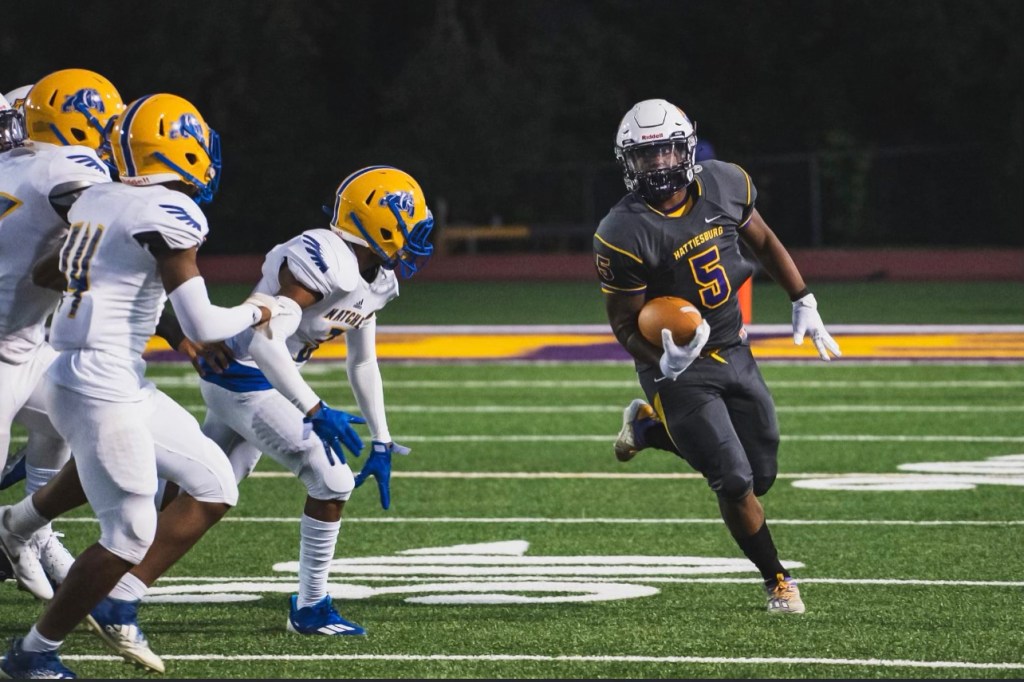 Natchez football players close in to tackle a Hattiesburg ball carrier last week. The Bulldogs lost by four points on the road Friday night and hope to bounce back from the 40-36 loss this week when they play West Jones. (Submitted Photo | Randy Craft)

NATCHEZ — The Natchez High School Bulldogs let an early lead slip away as they lost to the then-winless Hattiesburg High School Tigers 40-36 last Friday in the MHSAA Region 3-5A opener for both teams.

The level of competition will get a whole lot harder this Friday when Natchez High hosts the West Jones High School Mustangs, the defending MHSAA Class 5A state champion and currently the No. 1 team in Class 5A, in an important region match-up for the Bulldogs.

As for what practice will be like this week in getting ready for one of the top teams in the state, Bulldogs head coach Randy Craft said, “Pretty much like it’s been all year. See what they do and then see what we can do best against them.”

Not only are the Bulldogs in must-win mode to avoid an 0-2 start in Region 3-5A standings, they are also looking to end a two-game losing streak. Doing so against a West Jones team that has outscored its opponents 92-2 over its last three games will be easier said than done. And that includes a 26-0 home win over Brookhaven High School last week.

Craft said his team cannot afford to leave points on the field like it did last week at Hattiesburg and even two weeks ago in a stunning loss to Class 3A Hazlehurst High School.

He added that there are some things his team needs to improve on if the Bulldogs have any chance of pulling off the upset.

“I think making plays on defense when we have the opportunity to get takeaways. On offense, cashing in when we get in the red zone,” Craft said.

Craft said that the entire offensive line will have to have a big game for Natchez High so the offense can move the ball effectively against a tough West Jones defense.

West Jones is a spread power team on offense and runs a traditional 4-3 defense. Craft said it’s worked for the Mustangs so far.

“It led them to a state championship last year. They do what they do,” Craft said.

Craft is most concerned about the Mustangs’ running game. “They have a good offensive line. Even though they lost their starting quarterback from last year, the one they have this year is probably more accurate in the passing game.”

Craft said the Bulldogs will have to create three or more turnovers from their defense and that their offense will have to limit its turnovers for them to get back to their winning ways.