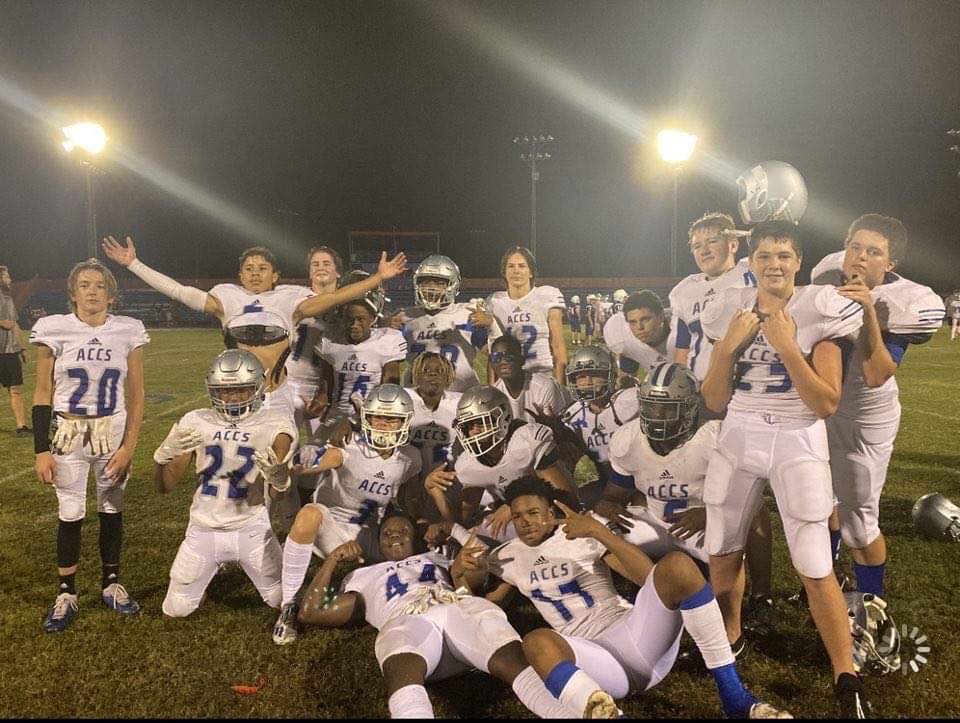 “We change districts every two years. We played some new teams this year that we haven’t played in the past and played well,” Freeman said. “I’m covered head to toe with water. The kids got me pretty good with the water cooler.”

AC’s first drive did not go to plan as the Raiders stuffed them out of the gate and forced a punt, head coach Matthew Freeman said. The Rebels responded the next drive with a 60-yard touchdown run by Adrian Walker to go up 6-0. On their next drive, Tristan Burns scampered 40-yards for a touchdown run to put the Rebels up 12-0.

Walker got on the score sheet again as he broke free for a 64-yard run and gave AC an 18-0 lead. Late in the second quarter, Riverfield was intercepted by Sean Cauthen, who returned the ball down to the 20-yard line. Burns connected with Walker on a 20-yard pass to put the Rebels up 24-0 at the half.

“We played four full quarters of football,” Freeman said. “They knew the situation and knew they could not let up. They are still 13 and 14, and sometimes they need extra motivation. Their emotions were high, and they had high adrenaline. Everyone wanted to make plays. It was a good team win.”