AC coach: ‘We have to be disciplined’ 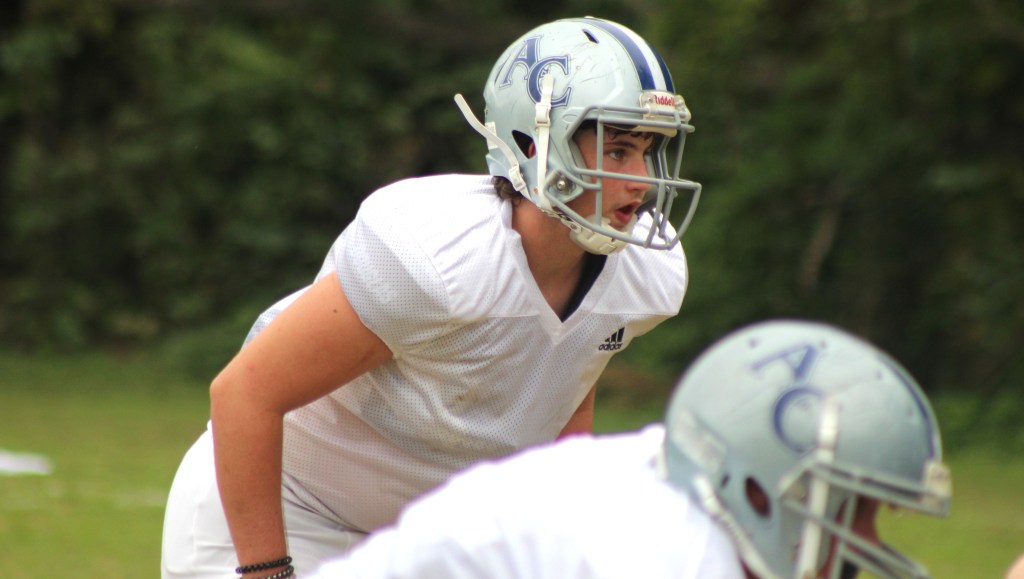 AC linebacker Nicholas Beach looks into the backfield before hitting one of the gaps in practice Tuesday. The Rebels were getting more physical ahead of their matchup with Silliman Institute on Friday night at 7 p.m. (Hunter Cloud | The Natchez Democrat)

NATCHEZ — Adams County Chirstian School (3-2) needs to have a short memory of a 21-20 defeat to Parklane Academy last Friday night when they play Silliman Institute (2-4) this week.

Assistant line coach Bill “Wild Bill” James said the Rebels will have to not beat themselves this week.

While many people blamed the referees for the loss Friday night, he said the team has no one to blame but themselves. Holding and offside penalties made the game difficult.

“We have to eliminate our mistakes,” James said. “We have to be disciplined. Where we are wanting to go we need to do better. We can’t really lose another game.”

Silliman is an opponent who is a lot better on film than their record suggests, he said. Every time they play each other, Siliman gives their best effort, he said. The Wildcats have faced some challenging teams in Centreville and Parklane.

AC is facing some challenges this week as homecoming has kids out rolling houses. Signs of the homecoming activity can be found on the campus of AC as toilet paper hangs from the limbs of trees. Not much has changed since he was in school, he said.

“Homecoming is a distraction,” James said. “We have to work through that and try to get them focused for Friday. We have to get them zoned in and start getting physical. If they start losing focus there are certain techniques that you use to get them locked in again.”

Those techniques are running or hitting the sled, he said.

Adams County Christian School will need to win the battle in the trenches on both sides of the ball. Head coach David King was asking his players to get more physical at the line of scrimmage in practice Tuesday and they responded.

Bodies collided at the line of scrimmage in a tangle of arms and legs. James said they need to bring their A game on Friday night.

“We are a good football team who hasn’t been playing like it,” James said. “Time is running out. Silliman is a team who will beat you if you do not play your best. We need to beat people until November. Our goal is to get to state.”

AC will take on Silliman Institute at 7 p.m.