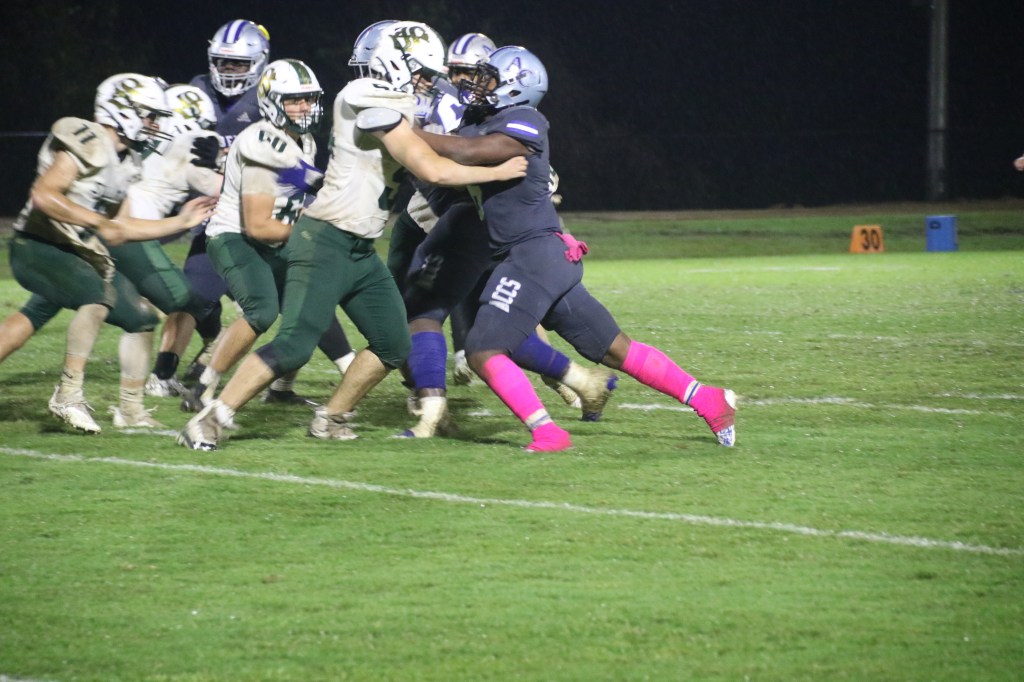 NATCHEZ — Coleman Carter had two interception returns for touchdowns and J.J. Claiborne had a pair of touchdown runs as the Adams County Christian School Rebels got back on the winning track with a 42-0 win over the Silliman Institute Wildcats Friday night.

This was supposed to have been ACCS’s homecoming game, but the pregame festivities were cancelled until later this season because of inclement weather, although kickoff itself took place just a few minutes after 7 p.m.

The Rebels struggled with the wet field, and a wet football, in the opening minutes of the game before Claiborne ran in from five yards out. Colin Cauthen’s two-point conversion run gave them an 8-0 lead at the 3:40 mark of the first quarter.

ACCS took control of the game in the second quarter. Carter threw a 25-yard touchdown pass to Samuel Merriett and Connor Aplin’s two-point conversion run gave the Rebels a 16-0 lead just 48 seconds into the quarter.

Claiborne scored on a 16-yard run and Carter picked off a pass by Silliman’s Ty Lipscomb and returned it 59 yards for a touchdown with five seconds left until halftime for a 30-0 advantage.

Carter completed both of his passes for 34 yards while Lispcomb was 10-for-26 passing for 82 yards with the two interceptions. Carter also led ACCS in rushing with 96 yards on eight carries. Dantavious Stampley had 78 yards on just four carries. Hayes Marchbanks had a team-leading five tackles.

ACCS (5-2) returns to MAIS District 3-4A play next Friday night when the Rebels travel to Flora to take on Class 4A No. 1 Tri-County Academy with the district championship likely at stake. Kickoff is scheduled for 7 p.m.