‘I just wanted to help people in need,’ Volunteer firefighter retires after 28 years 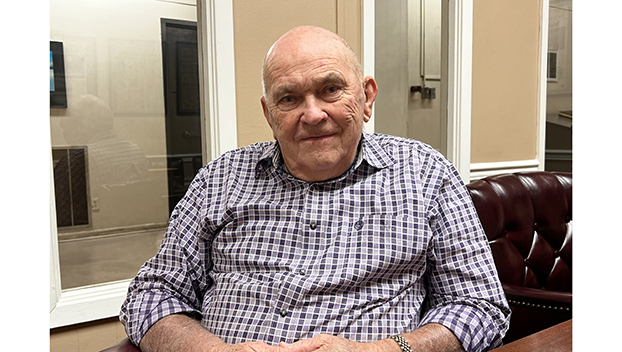 After nearly 28 years of service, Robert A. Neal turned in his gear and retired as a volunteer firefighter just before his 84th birthday.

FERRIDAY — Robert A. Neal, who turned 84 years old on Wednesday, hung up his gear from volunteer firefighting in Concordia Parish only two weeks ago.

He has been a volunteer for Concordia Parish Fire District 3 for 28 years, starting at age 56. Neal was also an active member of the Kiwanis club and a deacon at Parkway Baptist Church.

“I’ve always been community-minded,” Neal said of his volunteerism. “I just wanted to help people out in need. It didn’t pay anything.”

Neal said he was a lieutenant and tanker truck driver.

“I could’ve been the captain, but I didn’t want to be,” he said.

Early in his career, he co-owned a bottling company and when it sold started working for the Coca Cola company in Natchez.

“With Natchez Coca Cola I had several different titles. I was a route manager, service manager, sales manager and I retired as the operations manager,” he said.

While he was not around any flames much during his last few weeks with the volunteer fire department, Neal enjoyed sitting at his home on Lake Concordia and listening to the radio for the next call, said his daughter, Lisa Sanders. He has battled leukemia for 16 years but has not let that slow him down a bit, she said.

“Every day I take a pill and I keep going,” Neal said.

He witnessed a lot over his years, including when Ferriday Junior High School burned in June 1997.

On a few occasions, he used the jaws of life to rescue victims of automobile accidents.

He recalled rescuing a woman whose car ran underneath an 18-wheeler in Ferriday.

“I didn’t think she would make it,” he said. “I saw her again just the other day and she wished me a happy birthday.”

Neal was a 1955 graduate of Senatobia High School and joined the national guard when he was 17 years old. “I served six years in active duty and three years inactive,” he said.