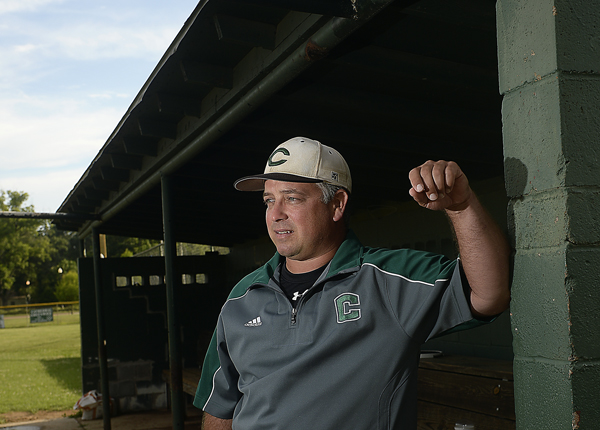 MAGEE — The Cathedral Lady Green Wave’s run at the 2021 MAIS Class 5A State Tournament came to an end last Saturday night as the Copiah Academy Lady Colonels defeated them 7-1 I a losers’ bracket game at the Magee Sportsplex.

“I was pleased with the way we played all day Saturday. Our pitching and our defense did great the whole state tournament,” Cathedral head coach Craig Beesley said. “We struggled at the bat at times, but that had to do with the pitching from the other teams.”

South No. 4 seed Cathedral jumped out to a 1-0 lead in the top of the first inning when Liza Gregg singled in Kinslee Young, who got on with a single. South No. 3 seed Copiah Academy tied the game at 1-all in the bottom of the second when No. 16 (no name given) drew a walk, scoring one run.

Lily Crum had command issues in the circle in her five-plus innings. She allowed seven runs, four of them earned, on seven hits, five walks and one hit batter while striking out just three batters. Marlie Hargon came on for one inning of relief and gave up one hit and struck out two. Cathedral committed three errors while Copiah Academy didn’t commit a single error.

Lauren Dunbar went 2-for-3 with a double while both Gregg and Young went 1-for-3 for Cathedral, which finished with an overall record of 21-8.

“I thought we made tremendous strides with our softball program. We won our first district championship in the MAIS and at one time had a 17-game winning streak,” Beesley said.

In earlier action, Cathedral took on North No. 1 seed Leake Academy and was shut out by the Lady Rebels 7-0 in a first-round game.

Crum had a tough outing in the circle against a good-hitting and patient Leake Academy team. She gave up seven runs, four of them earned, on six hits with three strikeouts and three walks.

The Lady Green Wave’s offense was led by Hargon, who went 2-for-3 with a double. Cate Drane was 1-for-2 and Dunbar was 1-for-3.

“When you advance to the state tournament, you’re going to face quality teams with quality pitching. That’s what we faced in both those games (Leake Academy and Copiah Academy). They both have good teams,” Beesley said.

That loss dropped Cathedral to the losers’ bracket as they took on North No. 3 seed Magnolia Heights School. The Lady Green Wave made sure they would not leave the state tournament without at least one win as they defeated the Lady Chiefs 4-1.

Hargon got the start in the circle and she was outstanding in picking up the win. She held Magnolia Heights to one earned run on two hits. She struck out one, walked four and hit one batter. Crum came on in relief and pitched two scoreless, hitless innings for the save. She struck out two and walked two.

Kate Greham was the losing pitcher for the Lady Chiefs. She gave up four earned runs on eight hits with four strikeouts and two walks over seven innings. Gracie Boland was 1-for-2 and Peyton McMinn was 1-for-3 to lead them at the plate.