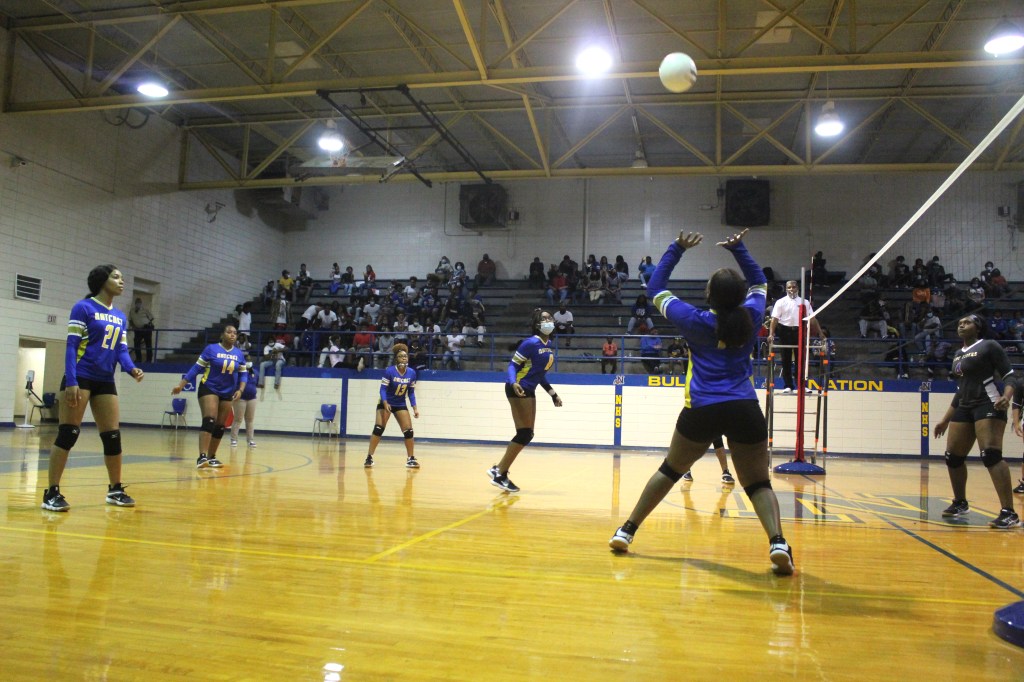 Natchez High School’s volleyball season came to an end Monday night as Hattiesburg High School beat them in three sets. The Bulldogs earned a win this season and picked up another win from a forfeit. (Hunter Cloud | The Natchez Democrat)

Head coach Jamal McCullen said the team has grown over the season, which began Aug. 2 and included seven matches. He said it is possible they may play in a showcase, but if not he remains proud of the players and their effort.

“I’m proud of the girls, they have grown so much and had so much fun,” McCullen said. “We are pleased with the season we had. We will now be transitioning to an offseason with strength and conditioning. We will be training our techniques and bringing exposure to the game to the young ladies in our community.”

That exposure is aimed at middle school and elementary school students. To develop as a program, McCullen said he wants to get the middle schools involved so players can start training at a younger age.

His vision is to expand to an eighth-grade team, but he is not sure what the athletic department’s plans are. Until then, the Bulldogs may hold a volleyball clinic for the younger kids and additionally attend some.

Last week, Natchez earned its first win by beating Port Gibson, who is also a young team, he said.

“It gave us a little confidence knowing we could earn a victory,” McCullen said. “They weren’t pleased with the forfeit. We actually went all five sets in the varsity game.”