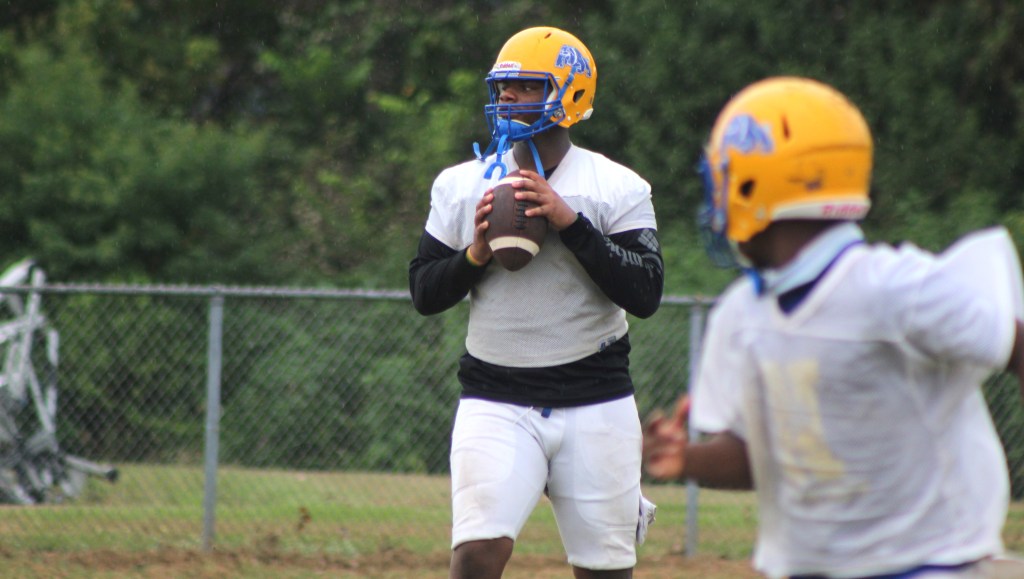 Kyreek Murray is averaging 178 yards passing per game for the Bulldogs. They take on Laurel at 7 p.m. Friday night in Laurel. (Hunter Cloud | The Natchez Democrat)

NATCHEZ — After their home opener loss to West Jones, Natchez (3-3) will travel down U.S. 84 to take on Laurel (3-2) this Friday night. Head coach Randy Craft said his team will have to win the turnover battle by three takeaways to win the game.

Laurel is one of many tough teams in the division with historical success. West Jones and Hattiesburg are also pretty challenging, he said. Each week, the Bulldogs have to show up to play.

“They are one of the better teams in our division and have played some good teams this season,” Craft said  “They will be competitive. We call it the SEC West. It’s pretty tough. We have five or six teams who go to the second or third round of the playoffs each year.”

“Kyreek is a completely different person from last year,” Craft said. “He has done better protecting the football. He has made good reads and leads our offense to do it. Demarco is a kid who has had a great offseason. His body has matured a lot. You hope everything comes together Friday night for him, so far it has. He is a humble kid. He goes out there and works as hard as he can.”

“It’s important for any game to establish the run because it opens up our offense,” Craft said.  “With our experienced offensive line it helps us out tremendously.”

Craft said he has a few concerns about Laurel ahead of their game Friday night.

“They have a great coaching staff and always have good football players,” Craft said. “Those things together worry you going into the season. Hopefully we have our team ready to compete and get after it.”

Natchez plays on the road at Laurel at 7 p.m. Friday.