NATCHEZ — Natchez Adams School District Officials responded to a Letter to the Editor published in The Democrat last week by saying they continue to support local businesses by buying sporting equipment from them despite entering a contract with BSN Sports last summer.

The letter submitted by Ray Simpson, sales manager at Rex Sporting Goods in Natchez, states that when NASD signed a contract with BSN Sports, based in Dallas, Texas, to buy sports equipment and apparel, it was, “a huge surprise.”

“The district decision to strike a deal with a national company and not even give the local team dealer an opportunity to participate in the negotiations is not right or fair,” Simpson said. “We pay taxes in Natchez, Adams County, Mississippi, regularly and all of our staff are from the Natchez or Vidalia area.”

However, Natchez Adams School District Athletic Director Alphaka Moore said NASD continues to do business with Rex Sporting Goods and has purchased more than $12,000 worth of equipment for athletics from the store during this school year alone.

This includes all sporting equipment and two of the three sets of uniforms purchased this school year, NASD officials stated in an email Thursday evening.

Wyatt Craig, owner of Rex Sporting Goods and Sports Center, said they have been in business with NASD and other area schools for more than 40 years with no issues.

“I think there is something going on more than what we’ve been told,” Craig said. “The athletic director said the students wanted Nike merchandise, which we don’t sell, but the coaches are still calling us to order merchandise.”

In regard to the students choosing Nike over Adidas, Simpson said, “Coaches make those decisions, not the kid.”

An emailed statement from NASD officials confirmed they partnered with BSN and Varsity Brands at the end of the last school term, but stated this partnership “does not interfere with their support of local businesses.”

The district entered a three-year contract with BSN, which they can opt to terminate at any time with a 90-day notice, the statement said. This contract gives NASD access to discounts for Nike goods as well as discounts on branding opportunities for facilities, filming equipment for the district’s digital media department, spirit items from a wide range of well-known brands, and assistance with updating our logo if needed at no cost.

By having access to Nike products, which are not offered by local vendors, at the discounted prices that the contract includes, “we are able to motivate our students as well as support our local businesses,” school officials said.

“This contract provides us the opportunity to purchase Nike products at a discounted price that are competitive with the Adidas products that are offered locally,” school officials said. “Teams are not obligated to purchase from BSN if they choose brand apparel.”

NASD officials said BSN made its initial presentation to the school board in December 2020, however, the board did not approve entering a contract until it was presented again to the board in April.

“After discussion and review, it was agreed that this contract would only be approved if the district could continue to positively support local businesses,” the school statement reads. “NASD has continued to provide business to local vendors including Rex Sports. … The District remains committed to spending locally as much as possible.

“However, the District is also committed to purchasing from vendors who offer cost savings.   As in times past, the District is open to conversing with local vendors and suppliers in order to resolve issues or concerns and to discuss competitive offers that would be mutually beneficial. The District appreciates the partnership it has had with Rex Sporting Goods and will continue to patronize them.” 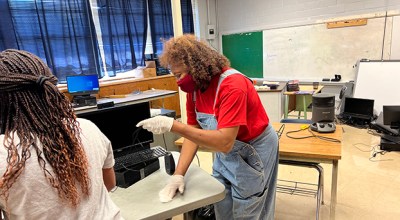 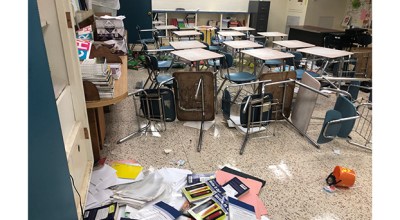 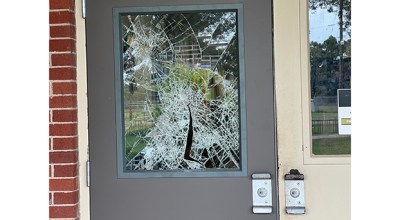