Vidalia must ‘let those horns fly’ 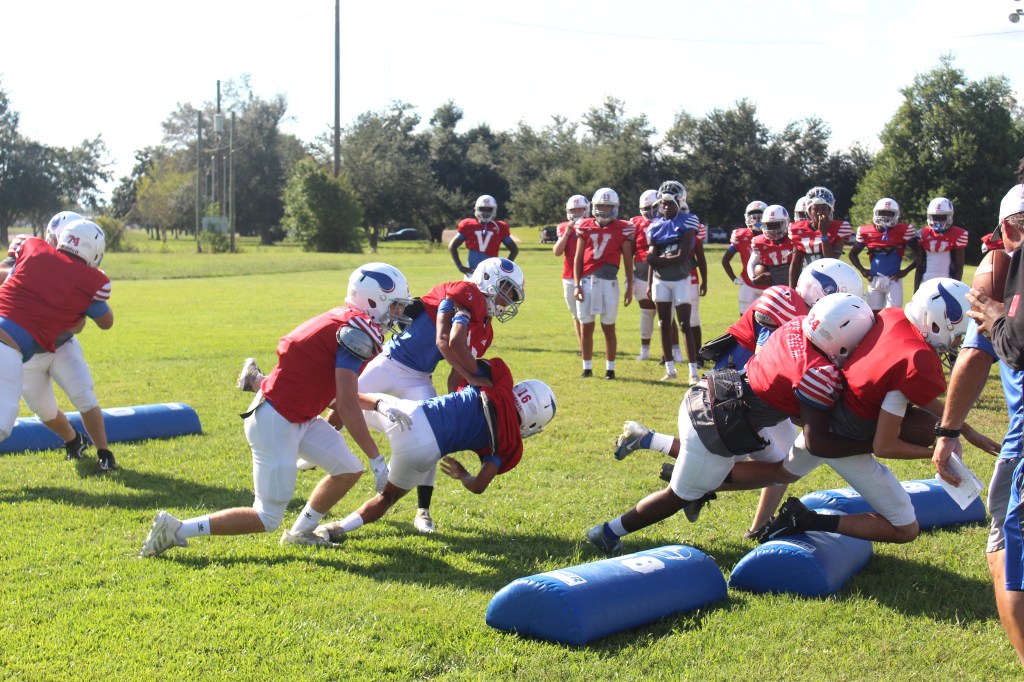 VIDALIA — Vidalia High School (1-5) is on Fall Break until Thursday, but their football team is not taking a break ahead of their game against Rayville (4-2) Friday.

Vidalia Head coach Mike Norris said his team will need to win the line of scrimmage when they play a well coached Rayville team. The Vikings have four games to turn their season around and make the playoffs.

“Everyone is fighting for third place in district and fighting for playoff positioning,” Norris said. “We challenged the team to go 4-0. If we can do that we will be in a good position for the playoffs.”

In their game against Mangham, there were glimpses where the Vikings won the battle up front. They gave up two quick touchdowns and two special teams touchdowns which put them in a bad position to win, he said.

Each week they have worked on getting physical and being football players, he said. This is accomplished in drills such as pride alley, hitting the sleds or scrimmages. Friday night, they want to be the more physical team on the field.

“We have a saying ‘let those horns fly,’ and they need to fly around Friday,” Norris said. “We need whoever we play Saturday to be sorer than heck. We want them to buy the grocery store out of Epsom salt.”

Playing physically is a mental challenge. He said he has seen glimpses of players starting to get the hang of it and playing hard nosed football. Against Mangham, they finally matched the physicality of the opponent.

He said for the first time this season he felt the team lost a game because they made football mistakes, not because they weren’t up to the physical challenge. Vidalia missed four assignments which gave up four touchdowns on those plays. ‘Do your job,’ is a phrase Norris likes to use because it reminds players to keep their assignments and help the team make a play.

“Some guys have stepped up and taken some positions because other players were not doing their job,” Norris said. “That is who will be on the field. If you can do your job in your position then we want you on the football field.”

Vidalia and Rayville kickoff at 7 p.m. Friday night in Vidalia.

Dragons get quick start in win over Vikings