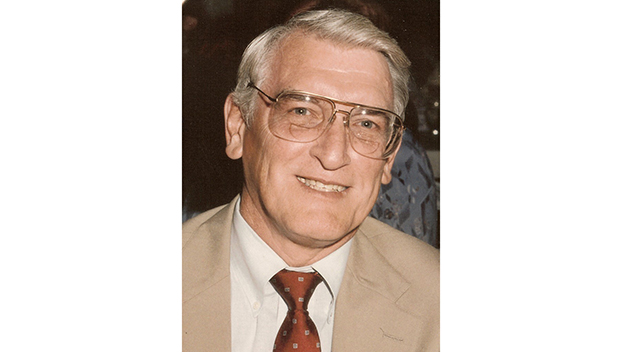 FAYETTE — Edgar Byron O’Quinn died peacefully at Shepherd’s Cove Hospice in Albertville AL. He was a husband, father, grandfather, great-grandfather, football quarterback, Navy pilot, and petroleum geologist. Edgar Byron was born in Red Lick, MS and raised in Fayette, MS. He graduated from Fayette High School in 1951 and Hinds Junior College. He earned his Bachelor of Science and Master’s degrees in geology from Mississippi State University.

Edgar Byron married Christine Lehmann, enlisted in the US Navy and was stationed at NAS Brunswick where he was a pilot patrolling the north Atlantic for NATO. Along with Christine, he raised three children while spending most of his career as a petroleum geologist with Exxon in New Orleans, LA and Kingsville TX. He also was a petroleum geologist with Campbell Energy in Baton Rouge, LA. Ed worked as a geologist for the Groundwater Division of the Louisiana State Department of Environmental Quality in the later years of his career. Ed and Chris retired to Diamondhead, MS and lived their last years at Redstone Village in Huntsville, AL.

In lieu of flowers, donations may be made to Fayette Cemetery, Fayette, MS.