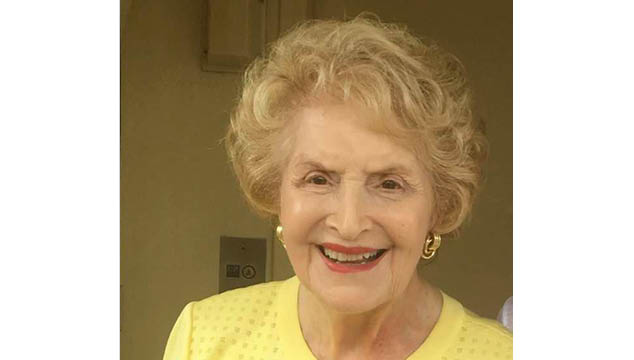 NATCHEZ — Marie Perkins, matriarch of the Listen Up Y’all radio family and a Natchez business and civic leader for most of her life, has died.

Her friends and former colleagues said Perkins’ work led the way for many women in Natchez to become business owners and managers and leaders in the community.

Former long-time Natchez Mayor Tony Byrne said he not only worked with Perkins on business issues, but also was a personal friend.

“Marie was a great lady,” Byrne said. “She was one of my personal friends. She loved my wife, Annette.”

Byrne said Perkins was a leader and never shied away from a risk when it was the right thing to do.

“She did an awful lot for this community. She started having Black announcers on the radio before it was considered OK to do so. She was also very in tune with what was going on in the community from a news standpoint and she wanted the community to know what was happening in city government. She was the first to have me come to the radio station, as well as other city officials, and have us answer questions about city government. That certainly opened up the lines of communication with the community.

“I also enjoyed watching her create entrepreneurial opportunities and provide leadership for ladies and anyone else on how to operate a business,” Byrne said. “I just hate to see Natchez lose people like Marie.”

Marsha Colson, president of the Pilgrimage Garden Club of which Perkins was a long-time member, said Perkins was a lady and a savvy businesswoman “and provided a great example for us. We need those kinds of examples now. One of our board members, speaking about Perkins, said she and others of her stature and generation kept us straight. I think what she meant by that was Marie kept us on the right path.

“On a personal basis, I felt good whenever I was around her because she was always so enthusiastic, friendly and bright,” Colson said.

Dave “Rosco” Kimbro began working for Perkins at WANT radio station when he was 14 years old.

“My parents were in the grocery business and they sold their business in 1970. When they sold it, I had nothing to do. I was a good friend with David Perkins so I started hanging around him at the radio station. My first job was to play commercials during football games,” Kimbro said.

“So many thoughts have been racing through my mind since I found out she was gone. I’ve been thinking about the many tremendous things she did,” he said.

For many years, Natchez had a live Christmas tree on Main Street. When the company who was sponsoring the cutting of the tree and the stringing of the lights stopped, Perkins took over making it happen, Kimbro said.

“She took it upon herself at the radio station to raise funds to get the tree up and light it. That’s one of many things people probably were unaware of.”

“To this day, we have raise funds for St. Jude every year,” he said. Her radio stations have raised hundreds of thousands of dollars for St. Jude since beginning the radio-thons.

“She was very much like an aunt to me. I heard Charles Zuccaro call her Aunt Ree one time, so I just started calling her that. She has always been like family to me.

“Marie was a real asset to the community and was very sincere in her work ethic. She also had a wonderful, intense sense of humor. One time I got David to ask her to give me a raise because I wanted to buy a car. Her response was, ‘I’m glad he doesn’t want to buy a house!’ ” Kimbro said.

Her only daughter, Margaret Perkins of Natchez, and son Stephen Perkins, an architect who lives in the Washington, D.C. area, survive Perkins.

After forging her own career in radio in Boston and Charlotte, N.C., Margaret Perkins returned to Natchez and took over the company as president and CEO in 2006.

Perkins was preceded in death by her husband, William S. Perkins, and two sons, Alan Perkins and David Perkins.

Perkins was a devout Catholic and member of St. Mary Basilica in Natchez.

Funeral arrangements are incomplete at the time of this writing at Laird Funeral Home.

ACSO arrests three on burglary charges, one with stolen…