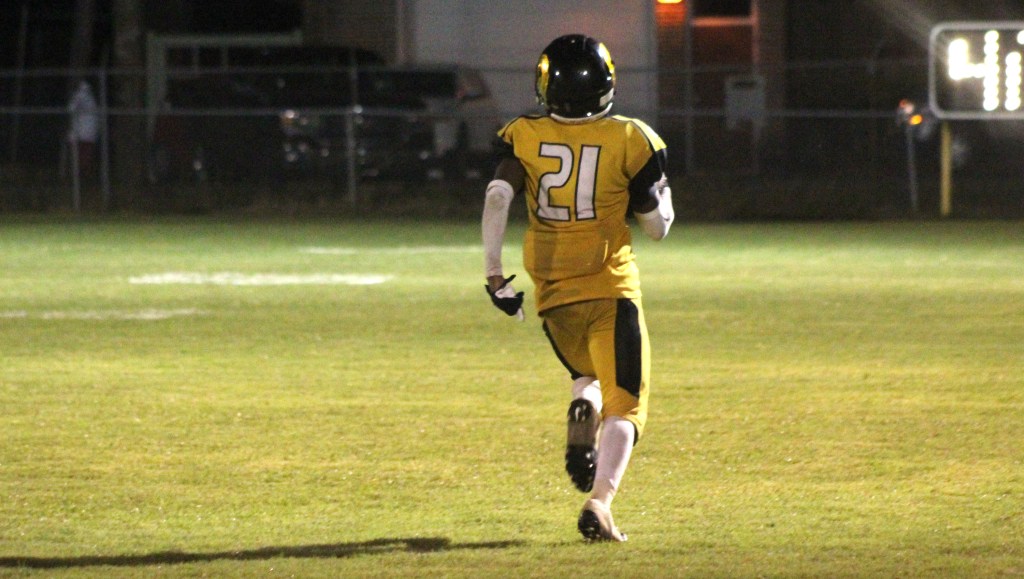 Jerry Griffin Jr. ran towards the end zone and would have scored Ferriday’s only touchdown in a 60-0 beatdown, but it was called back on a penalty. (Hunter Cloud | The Natchez Democrat)

FERRIDAY — General Trass put 60 points up on the board and the Ferriday Trojans were kept off the board in their 60-0 defeat Friday night. This brings the Trojan’s losing streak to six.

Ferriday had a chance to score late in the fourth quarter on a run, but the play was called back for a penalty.  Head coach Stanley Smith said they just have to keep fighting if they want to win their homecoming game against Madison.

“We still have to believe in ourselves,” Smith said. “We didn’t come out or fight very hard from the first play. We have to dig deep and fight hard.”

Currently, the Trojans are struggling to score or play their assignments. As a young team, Smith said it is a challenge to keep them focused during this rough stretch.

“It’s tough right now, we are trying to keep them engaged,” Smith said.