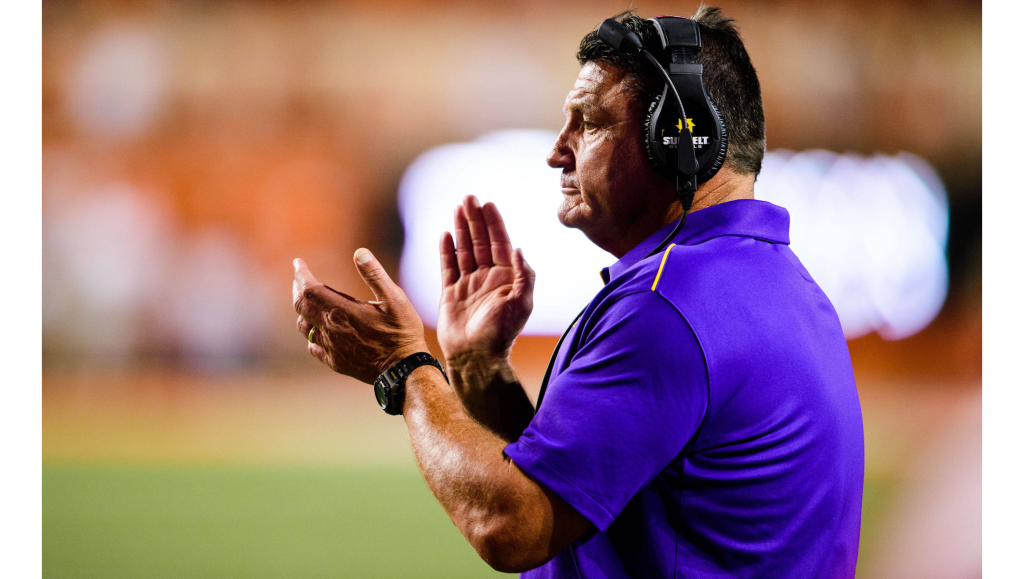 LSU's head coach Ed Orgeron has agreed to part ways with the Tigers at the conclusion of this season. (Courtesy Photo | Tiger Athletics)

For Ed Orgeron, LSU’s Cajun coach, a dream job is coming to an end.

LSU and Orgeron have agreed to part ways after this season, 21 months after he coached the Tigers to a national championship with what is considered one of the greatest teams in college football history.

“I’m always gong to appreciate my time here my time here. I have no regrets,” Orgeron said while sitting next to athletic director Scott Woodward, who made the announcement at LSU’s Baton Rouge campus Sunday night.

“We haven’t won enough games the last two years,” Orgeron continued. “I totally get it.”

Woodward spoke fondly of Orgeron even as he outlined what compelled him to make a change.

“Ed Orgeron’s a friend. We’re both Louisiana guys through and through. We both deeply care about this football program. And I will always be grateful for coach Orgeron for leading the Tigers to the greatest season in the history of college football,” Woodward began. “With that said, the job requires us to set personal feelings aside.

“We expect to compete for SEC and national championships year in and year out,” Woodward added. “Our last two seasons have simply not met that standard.”

Orgeron, who signed six-year extension after the 2019 season, will receive a buyout of $16.9 million in a variety of installments made through 2025, according to copies of a new employment agreement for the rest this season and termination agreement, both provided by LSU.

Sports Illustrated was first to report that Orgeron would not return to LSU in 2022.

While the timing of the announcement — the day after the Tigers (4-3) upset Florida — came as a surprise, the end for Coach O at LSU seemed to be approaching after a blowout loss to Kentucky last week.

That’s when Orgeron said he recognized “we were heading down road wasn’t positive for LSU and there was going to be a change made. … I just knew it wasn’t LSU style football. It wasn’t pretty. I was embarrassed.”

The win over Florida at home Saturday made LSU 9-8 since beating Clemson in New Orleans for the national championship on Jan. 13, 2020.

But Orgeron emphasized that he will not only happily continue to coach the Tigers for the rest of this season, but also will continue to recruit players to LSU, adding that he even spoke with two prospective recruits on Sunday.

“I recruited them to come to LSU. Why would I tell them any different now,” Orgeron said. “I love LSU and I was telling them the right thing before (knowing) I’m not going to be here.”

“I’ve been telling the kids I’m going to finish,” Orgeron said. “We’re not going to blink. I’m gong to be right there with them.”

Orgeron is 49-17 with the Tigers in six seasons, including 15-0 in 2019 when Joe Burrow won a Heisman Trophy and LSU earned its third national championship in 17 seasons — coming with three different coaches.