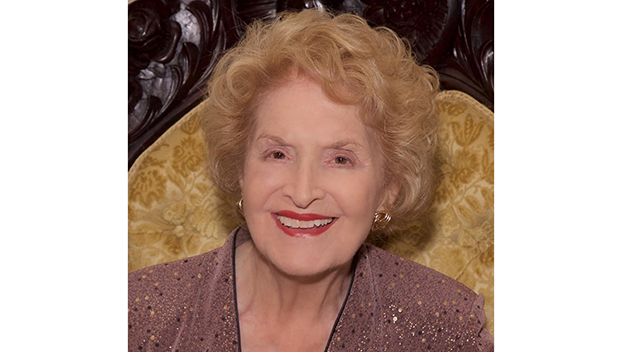 Marie Cecilia Zuccaro Perkins, 96, died at her home, Shields Town House, in Natchez, Mississippi on Wednesday, October 13, 2021. Services will be held at Trinity Episcopal Church on Thursday, October 21, 2021. Visitation will be held from 10 a.m. until service at 11 a.m., in Kuehnle Hall, followed by interment at the Natchez City Cemetery.

Marie Perkins was born in Natchez, MS on August 14, 1925, to Joseph Stephen and Marie Cecilia Kincke Zuccaro. She graduated from Natchez High School in 1943 and continued her education at LSU in Baton Rouge and at the University of Mississippi in Oxford.

In 1958, the family acquired WNAT radio station, the beginning of a lifelong involvement in the broadcasting industry. In 1968, the company became First Natchez Corporation, with the launch of WQNZ, the first 100,000-watt FM radio station in the Miss-Lou area. Marie’s management of a growing broadcast group led her to leadership positions in state and national broadcasting organizations. She led her station, WQNZ, to win Mississippi “Station of the Year”, twice, and won many annual awards for Community Service.

Marie organized and held radiothons to raise money for the children of St. Jude Children’s Research Hospital in Memphis. In 1974, she was personally recognized by Danny Thomas for “raising more money, per capita, in a single event than any other project for St Jude Hospital-Memphis, in the nation”.  The tradition of fundraising for St. Jude, continues today under the leadership of her daughter, Margaret Perkins, President and CEO of Listen Up Y’all Media, the successor company to First Natchez Radio Group.

In1974, Marie received an Abe Lincoln Merit Award, by the Southern Baptist Radio and Television Commission. The award was given for “an innovative approach to community programming, that made her station part of the cure, rather than part of the problem of public apathy”.

In1975, she was named Outstanding Mississippian, by Governor William Waller.

In1992, she received the Athena Award as “Woman of the Year”, by the Natchez-Adams County Chamber of Commerce, for decades of contributions to the community. In 2006, she was recognized by the Mississippi Association of Broadcasters, with a Lifetime Achievement Award.

A lifelong Roman Catholic and member of St. Mary Basilica, Marie served on and chaired many church boards in service to historic preservation and the operations of St. Mary, as well as service on the advisory board of Mississippi Today, the statewide weekly Catholic newspaper. She was also a member of the boards of Historic Natchez Foundation, Pilgrimage Garden Club, Deposit Guaranty Bank and Community Hospital and the Natchez City Cemetery. Marie was also a member of The Colonial Dames of America and The Garden Club of America.

Margaret and Stephen would like to offer their thanks, love and appreciation to the indefatigable Rene’ Adams and Donna Ivory, the Deaconess Hospice team of Courtney Wyles, David Thames, and to Dr.  Kenneth Stubbs. Special thanks to Marie’s friend and longtime companion, Mary Seals, and to Tosha Thompson and Pat Fleming, for loving care.

The family requests that donations be directed to the Natchez City Cemetery Association or the Natchez-Adams County Humane Society.