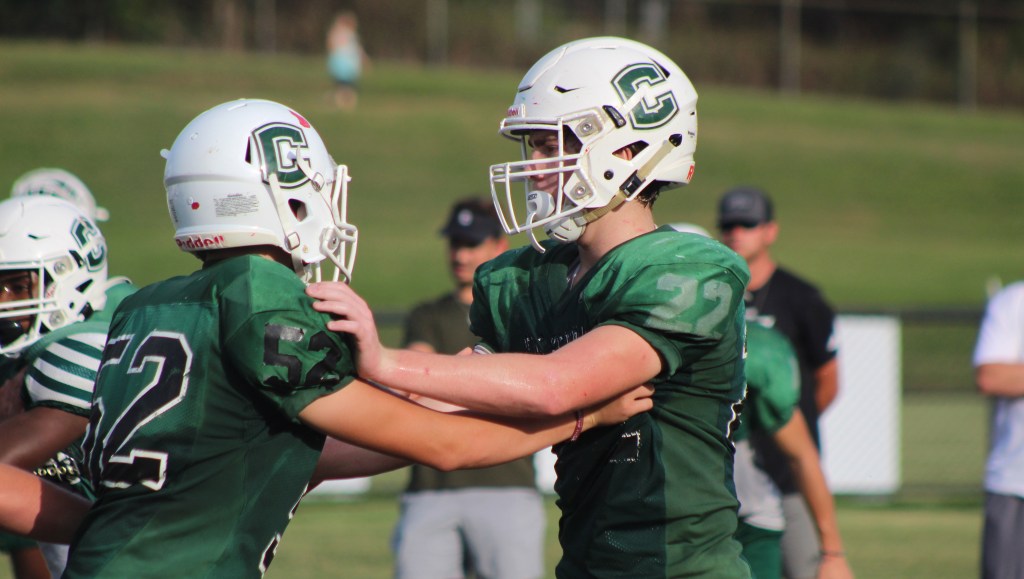 NATCHEZ — The Cathedral High School Green Wave will have its hands full Friday night when it plays host to the Oak Forest Academy Yellow Jackets Friday night at D’Evereaux Stadium in a pivotal MAIS District 3-5A game.

Kickoff between Oak Forest Academy (7-1, 3-0) and Cathedral (4-5, 1-2) is slated for 7 p.m. The Yellow Jackets are coming off a 52-0 win over Bowling Green School while the Green Wave ended a three-game losing skid with a 35-14 road win over Silliman Institute.

This is also the Pink Wave Game as well as Senior Night at Cathedral. Some of the homecoming festivities that were rained out three weeks ago when the Green Wave hosted Copiah Academy are also scheduled to take place Friday night.

“The first thing for us is we’re celebrating Senior Night and Pink Wave for cancer awareness. It’s a tradition here. It’s a very good week as far as the support,” Green Wave head coach Chuck Darbonne said. “Each kid honors a cancer survivor or someone who has passed away from it. (It gives them) somebody to play for this week.”

As far as which homecoming activities will take place Friday night, Darbonne said, “I believe that they are doing some of the routine of the girls getting their crowns. I haven’t been told all that’s going to happen.”

And this is also very important for Cathedral as far as the postseason is concerned. The Green Wave is currently at No. 11 in the latest Class 5A power ratings. So, a victory over a very good Oak Forest team would put them in.

“With a win, we could possibly jump to No. 9. A loss could drop us out or to No. 12. There’s a few different scenarios as far as a win or a loss,” Darbonne said.

Darbonne said he expects the stadium to be packed with Green Wave fans. The Yellow Jackets will likely have a good number of fans make the trip from Amite, La.

“It’s Senior Night. It’s Pink Wave. It’s possibly their last home game,” Darbonne said. “I expect a lot of our fans and our boosters to be there and support them.”

He added that Cathedral’s four seniors, wide receivers/defensive backs Christian Wright and Harper Jones, quarterback/defensive back Paxton Junkin, and offensive lineman/defensive lineman Tyler Gregg, will have to have big games Friday night for the Green Wave to pull off the upset.

As far as how practice has gone so far this week, Darbonne said, “We had a very inspired practice (Tuesday). The kids were engaged. We had a very good practice in getting ready for Oak Forest.

The Yellow Jackets bring with them one of the best defenses in all of MAIS Class 5A, having given just 52 points this season as well as an offense that wears opposing defenses down with their power rushing game.

What impresses, or perhaps concerns, Darbonne the most about Oak Forest is how physical they are on both sides of the ball.

For the Green Wave to pull off the upset, they will have to win the turnover battle and play a clean game penalty-wise, Darbonne noted.

“Make a few stops defensive-wise early in the game to give us the momentum,” Darbonne said.