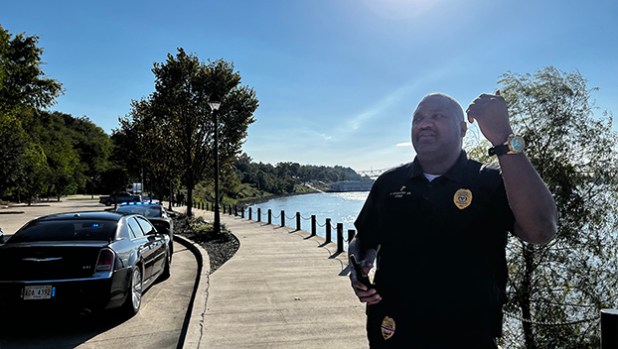 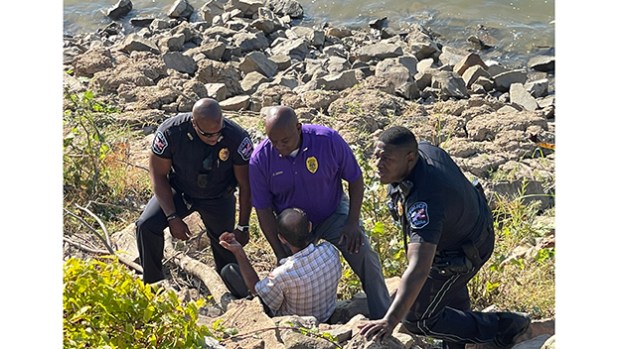 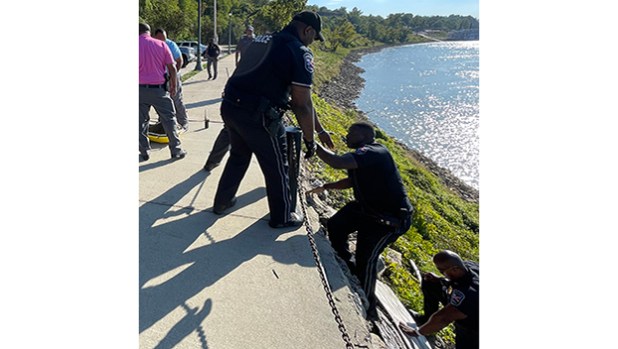 NATCHEZ — Officers pulled a man from the Mississippi River Friday afternoon after he apparently jumped from the banks on Roth Hill Road at about 3 p.m.

“In the process of pulling him in, he put up a struggle and became very combative. They had to physically restrain him,” Daughtry said. “With the assistance of the fire department, EMA and Adams County Sheriff’s Office, we were able to pull him up this very tedious terrain.”

Daughtry said someone called 911 shortly after 3 p.m. Friday and said a man had jumped into the river. Upon their arrival officers spotted Morace approximately 20 yards out near Magnolia Bluff’s Casino.

First responders threw him a life support device and Lt. Justin Jones of NPD jumped into the water. With the help of officers Derontae Sanxton, DeMarco Bailey and Jones, they all managed to pull Morace safely to shore.

“I got him close enough to the bank and made him reach for (the life support) and when he reached, I grabbed his hand,” Jones said.

Daughtry said Morace has been taken to the hospital for health and mental evaluation.

“This is a very strong and deadly river,” Daughtry said. “It’s not a swimming pool or a lake. These currents are very dangerous and there is a lot of resources and manpower out here to get him up here.”

Morace could potentially face charges of disorderly conduct and failure to comply with officers, Daughtry said. “His health is our number one priority and we can deal with the rest of it later,” he added.