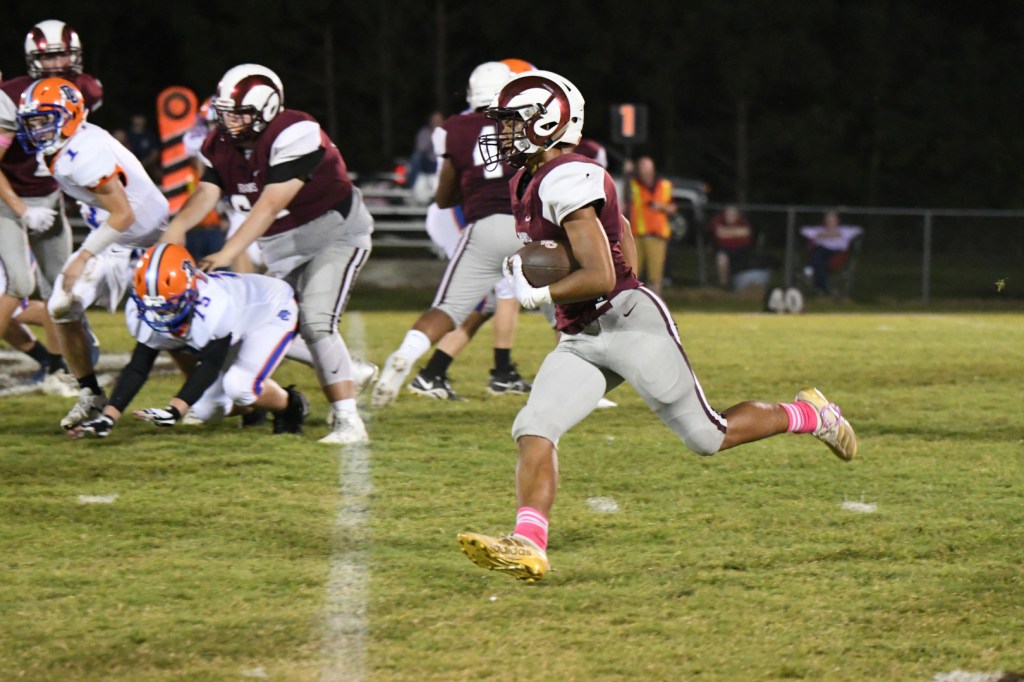 Andrew Sessions scored on a 28-yard run and Caleb Harvey made a 22-yard field goal to give the Rams a 38-0 lead at the end of the quarter.

“It was homecoming and senior night. Our guys really stepped up to the task and played hard tonight,” WCCA head coach Randy Holloway said. “We were able to play our whole roster tonight, early and often.”

Harvey made a 40-yard field goal late in the third quarter and Napoleon Howard scored on a nine-yard run with 4:49 left in the game.

Jacob Sessions threw the ball just three times and completed one pass for five yards. He was also the team’s leading rusher with 85 yards on two carries. Fisher had one carry for 58 yards and Cole Partridge had 43 yards on four carries.

While WCCA’s rushing attack had its way with Discovery Christian’s defense to the tune of 255 yards on just 13 total carries, the Rams’ defense stymied the Lions. The visitors were held to minus-20 yards rushing and just six yards of total offense.

“Our defense was flying around the ball, playing real aggressive,” Holloway said.

The Rams forced seven turnovers — two interceptions and five fumble recoveries. The Lions were able to recover three of their own fumbles.

WCCA (8-2) will be the No. 4 seed and will receive a first-round bye in the MAIS 8-Man Class 1A Playoffs. The Rams will host a second-round game against an opponent to be determined on Friday, Nov. 5.