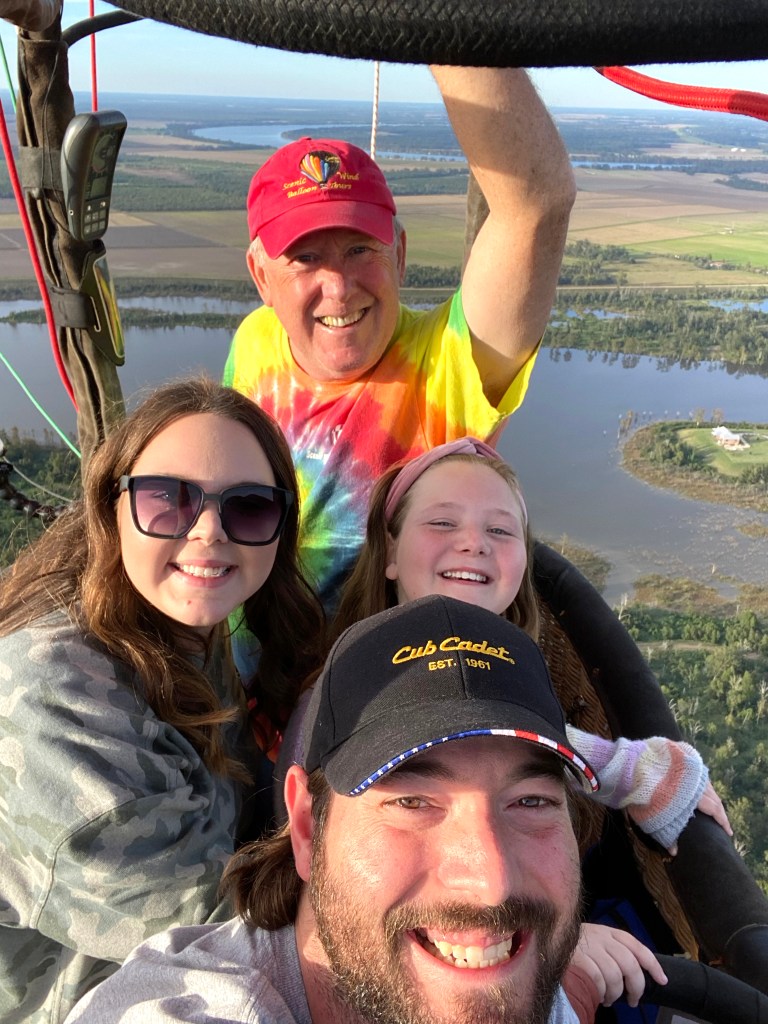 NATCHEZ — Vidalia native Dylan Butler leaned against his work truck for Peddlers Outdoor Hearth and Home after finishing up work at a home on Linwood Court, close to where The Dart landed Thursday.

A graduate of Vidalia High School, Butler went to Louisiana Tech University in Ruston for a little bit. He said he had not decided what he was going to do so he came home to think about it. Once home, he realized he wanted to go into the trades and earned an Automation and Control Technology degree from Co-Lin.

“It’s a really good broad field to get into, especially for someone who is good with their hands. I can work on computers, lawnmowers, hydraulics and pneumatic systems. It allows me to see something go from raw materials into something which is nice to look at and serves a purpose.”

Handy work is natural to him. He said he is good at fixing things and first discovered he could work well with his hands one Christmas when he was 10 years old.

“I was given a stereo system and a set of tools,” Butler said. “My mother was dismayed when she came into my room later that day and the stereo system was disassembled. I reassured her I could put it back together, and I did.”

When Butler is not working, he is finding ways to have adventure. Fishing, hunting and flying drones as an amateur pilot are some of the ways he spends his time after work.

Dirt bikes, four-wheelers and flying in hot-air balloons are other activities he partakes in. Every year, he said a friend of his comes down from Omaha and he flies in their balloon “Scenic Breeze.” All of these activities are just a way to have fun, he said.

“You find things to do around Natchez because there is not a lot to do here,” Butler said. “The landscape is hugely desirable for someone who likes the outdoors. There is a huge variety of things to do if you are willing to look.”

The surrounding landscape features “rolling hills, twisting streams, rivers and lakes,” he said. Miss-Lou’s landscape offers animals which can be used in cooking. He said creating dishes is another way he finds fun outside of work.

Most recently, the best dish he made was a beef wellington but instead of using beef, he used venison backstrap. He said the flavor of venison is superior, and he knows where it came from, not to mention he does all of the work to get it.

Family is why he has stayed in the Miss-Lou, he said. Although, he would like to see Natchez grow as a town.

“I would love to see more industry brought here,” Butler said. “Until some industry is brought in I think we will stay a small town.”