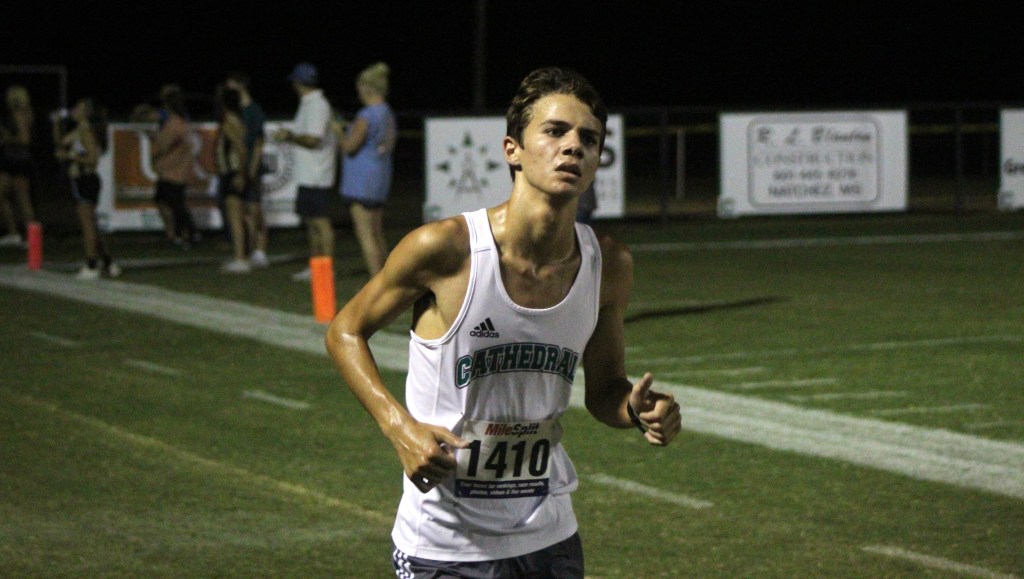 “He knocked another six or seven seconds off of his best. He ran a smart race. One kid we were expecting to be there, and another who beat him at the state track meet, popped out of nowhere. I told him your word for today is patience, do not get caught up in that. He came past us at the mile in eighth place and finished fourth.”

“He has been pretty unbelievable,” Smith said. “He has been running with his mom since he was in fourth grade and started training with us. When they changed the ruling that we could have sixth graders participate, he fell into the spot. He has run some incredible times.”

Cathedral took first place overall and beat out runners-up Silliman Institute 44 to 71. It was supposed to be a shootout between Silliman and Columbia, and Oak Forest could have been in the mix too.

“I haven’t had time to process it yet,” Smith said. “I’m shocked by how well the kids did. They exceeded the spreadsheet spread. We were supposed to have a 13 point lead, and we had a 27 point win. We had some good runs today. Everybody did well and exceeded what they were supposed to do.”

Cathedral has the opportunity to run in the Mississippi Meet of Champions on Nov.13. It will feature the top 12 teams in Mississippi, six public schools, and six private schools cross country championships. It gives the Green Wave a chance to run against the best of the best.

“All of them are awesome kids,” Smith said. “There have been a lot of guys before them who have laid the groundwork. For them to follow, I think we are at a point now where they revel in the fact they are in something bigger than their present team. They feel a responsibility to them. I have gotten a lot of texts and calls from those former runners praising my kids. It all comes together. It makes you realize the meaning of the sport. It goes well beyond high school.”