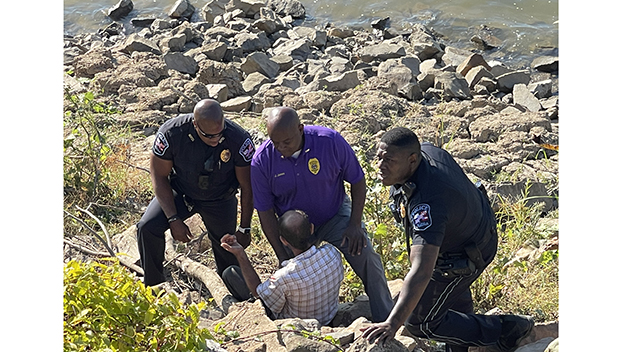 NATCHEZ — The Natchez Police Department arrested a man that officers found swimming in the Mississippi River near the banks of Roth Hill Road on Friday afternoon.

Robert Morace, 44, reportedly struggled with three police officers as they worked to pull him to shore after a 911 caller said he jumped into the Mississippi River at approximately 3 p.m. Friday.

Morace is being held at the Adams County Jail awaiting a mental evaluation, Daughtry said.

“When we get a call like that, it’s an all-hands-on-deck situation,” Daughtry said Friday.

Upon their arrival, Morace was seen approximately 20 yards away from the shore near Magnolia Bluff’s Casino.

Daughtry added Morace became combative and fought with officers as they pulled him up.

So many blessings for Natchez