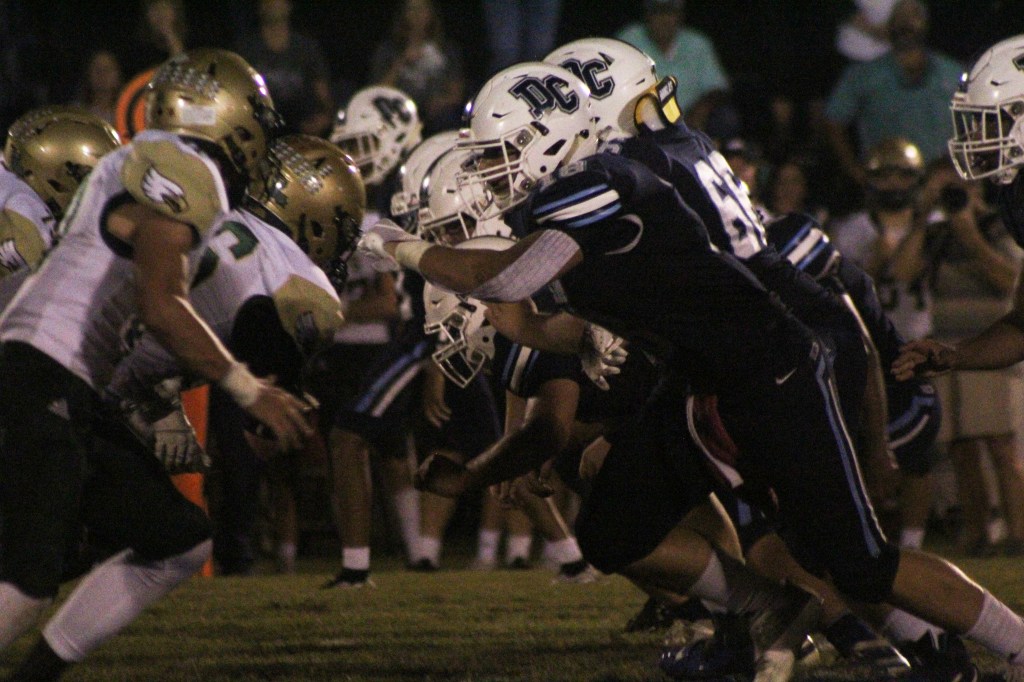 Third place in district is on the line for Delta Charter when they take on Cedar Creek. (Hunter Cloud | The Natchez Democrat)

FERRIDAY — Third place in LHSAA District 2-1A will be on the line Friday night when the Delta Charter School Storm travels to Ruston, La. to take on the Cedar Creek School Cougars in a pivotal showdown for both teams.

Kickoff between Delta Charter (6-2, 4-2) and Cedar Creek (4-3, 4-2) is set for 7 p.m. The Storm steamrolled to a 74-20 win on Senior Night against Beekman Charter School last Friday night, while the Cougars are coming off a stunning 13-9 win at then-LSWA Class 1A No. 4 and district foe Oak Grove High School.

The Cougars’ win over the Tigers moved them into a third-place tie with the Storm and the Tigers. Top-ranked Ouachita Christian School sits atop the district standings at 7-0 while No. 9 St. Frederick High School is at 5-1. Oak Grove plays at St. Frederick Friday night, so a win by Delta Charter over Cedar Creek or vice versa would put the winner of that game in third place by itself if the Warriors defeat the Tigers.

While the Storm scored in bunches in its win over a winless Beekman Charter squad to get back on the winning track after losing to the OCS Eagles the previous week, the Cougars ended Oak Grove’s five-game winning streak and held a Tigers team that had scored over 40 points in four of those five games to one offensive touchdown — and that was in the first quarter.

Wheeler said what impresses him the most about Cedar Creek is that the Coguars play really hard.

“Very well-coached. It’s one of those teams where you’re going to have to beat them. They’re not going to beat themselves. They’re a well-rounded team,” Wheeler said.

As for how the Storm’s offense matches up with the Cougars’ defense, Wheeler said, “I think we match up pretty well with them. They’re big. They have a physical front. They’re a really good team, but I think we’ve got a pretty good team, too.”

“We’ve got to stop the run. They’re a balanced team. But they try to run the ball,” Wheeler said. “We always focus on when we wrap up when we tackle. So wrapping up is going to be extremely important.”

Wheeler said that the Storm is going to have to execute “very well” on both sides of the ball. He added that his team cannot turn the ball over and will have to limit its penalties.