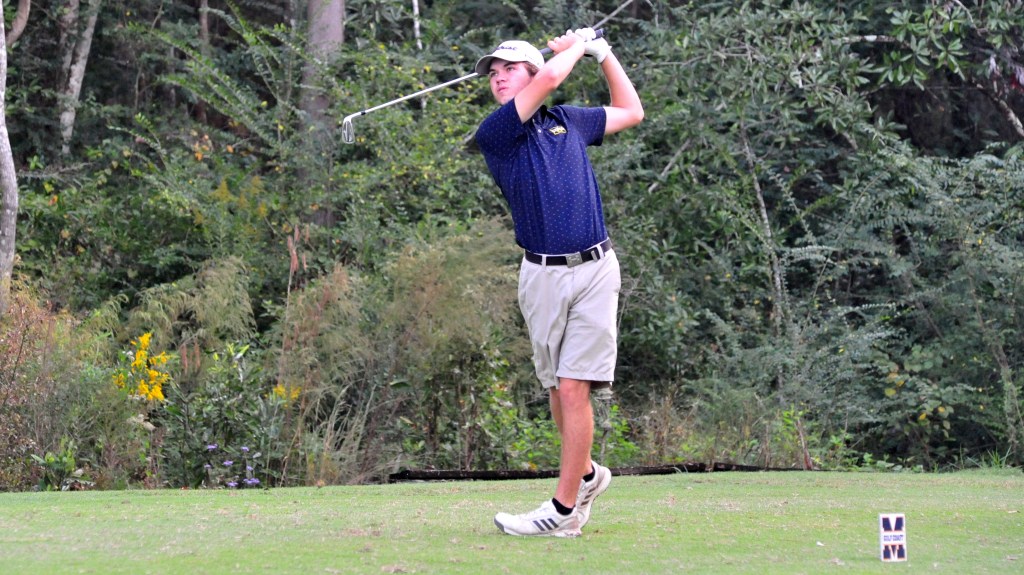 MGCCC also came in first place in the tournament as the team finished 8 over par beating out Meridian by seven strokes. A freshman, Kaiser was the No. 5 player for MGCCC but he won at Windance Country Club by four strokes.

After starting the second round with a bogey, he settled down and started playing focused golf. He said he simplified the game to worrying about getting the golf ball in the hole and it allowed him to stay loose with his swing. His thought process was the most important aspect of his second round.

“I was more focused and competitive,” Kaiser said. “I’m proud of how I handled it. It feels really good for me to get everything to click together. A lot of work went into my short game and putting ahead of this.”

Cathedral golf coach Kurt Russ may be three hours away from his former golfer and godchild, Chase Kaiser, but he finds a way to call or text him after every golf tournament.

During high school, Kaiser’s self-inflicted mistakes would force him to shoot higher scores, he said. This summer, Kaiser shot 12 under par in the Natchez City Championship becoming one of its youngest winners at 18. The win changed him, Russ said.

Kaiser’s first win gives him much needed confidence as he battles the ups and downs of golf. Before the tournament, he said he felt like he had not been able to close out many rounds. Now, he feels like he belongs. It is a confidence boost similar to the one he felt at the City Championship.

“The Sunday round of the city tournament was the first time I ever experienced being that focused,” Kaiser said. “I was dialed in. I haven’t gotten back to that point yet. It is a constant battle. Playing everyday makes you better but you can also develop bad habits and you don’t even know it.”

As Kaiser plays more consistently, it opens the door for him to play at the Division 1 level after finishing junior college, he said. In the 16 years he has coached golf at Cathedral, Kaiser is the best individual golfer to play for the Green Wave, Russ said.

He found out Kaiser won the tournament while at physical therapy with Kaiser’s mom Michelle. As Russ walked through the door she said “We got ourselves a champion, Chase won his first golf tournament.” They celebrated together, he said.

“He is kind of like the son I’ve never had,” Russ said. “I get really great pleasure in him being successful. We are always talking after tournaments. I’m super excited for him.”