‘OUR COST KEEPS GOING UP AND UP AND UP’ Miss-Lou fuel suppliers, drivers frustrated by rising gas prices 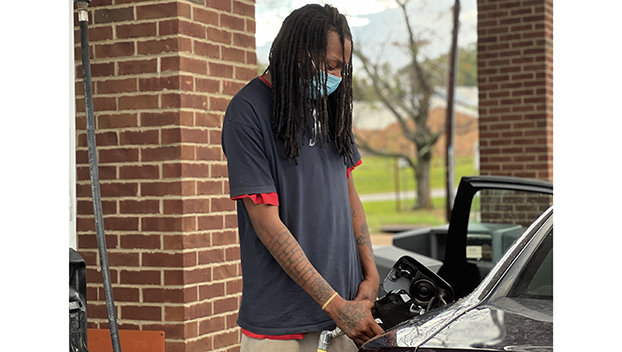 NATCHEZ — With the cost of gas rising from an average of $1.81 per gallon this time last year in Mississippi to $3.04 per gallon as of Monday, some have started to conserve before they pump.

“At $3.15 (per gallon), it’s high,” said Corey Taylor as he pumped less than $10 worth of gas in his tank at the Sprint Mart near Melrose Avenue on Wednesday evening. “It’s high and that’s all I can say.”

The quick escalation of cost had Taylor and many others asking why.

“It’s not just a fluctuation, it’s climbing,” said Tom Graning, who owns Go Mart. “I don’t know what you attribute it to. Supply, I guess. Our wholesale prices have been out of sight lately.”

As she filled up at the Go Mart on U.S. 61 South, Pam Weatherly said the entire economy seems to be hurting and gasoline is just a piece of it.

“It’s not great and I wish it could be a little cheaper,” she said. “I think it’s just the overall economy that’s suffering right now. I’m glad that our oil field workers may be getting a break from this.”

Even with fuel cost rising, Graning said he hadn’t noticed a significant dip in fuel sales to his customers. His neighbor and friend Paul Khinda, who owns Citgo 6 Express on U.S. 61 South, could not say the same.

“Gas prices have increased from behind and we’ve had to increase our price because of it,” he said.  “It has affected not only our fuel sales but also our business. People are more conservative with spending money or stopping at a gas station now and they don’t come inside as much.”

Khinda and Graning both said many factors seem to be playing into the cost increase, including inflation and labor shortage. Since the COVID-19 pandemic started, businesses and industries overall have had trouble finding people to work, himself included, Khinda said.

“There is a huge problem finding employees. It’s hard to get people and not just here. It’s the whole industry.”

Consequentially, Khinda added “a shortage from the factories themselves,” and supply and demand could be at the root of why costs are going up.

Clifton Van Cleave, president and CEO of Buffalo Services Inc. based in McComb, is a gasoline supplier to several fuel stations in Natchez and Vidalia.

“Our cost keeps going up and up and up,” Cleave said.

Cleave said presidential policies could have something to do with the cost of gas. Before the Biden administration, the United States relied less on other countries for its oil supply, he said.

“It’s not just gasoline. It’s everything,” he said. “Inflation, supply, all of it. All of the regulations that have gone into place since the new president. … It’s killing us. Our cost of goods has increased dramatically and the cost of inventory has increased.”

Labor shortage is also an issue in the supply chain, Cleave said.

“We’re 50 people short today in our chain. That not just with us, but the whole economy in general. It’s not just one area that businesses are struggling with. I have not seen it dramatically affect demand. It’s hurting everyone’s pocket books because we’re having to pay so much more for fuel to be able to sell it.”

With an average cost of $3.04 per gallon, Mississippi’s gasoline prices are the highest they have been this time of year since 2013, according to a survey conducted by GasBuddy of 2,014 stations in Mississippi.

Mississippi’s gas prices have risen 6.6 cents per gallon in the past week.

According to GasBuddy price reports, the cheapest station in Mississippi on Monday was priced at $2.77 per gallon while the most expensive was $3.39 per gallon, a difference of 62.0 cents per gallon.

“Gas prices continued to soar in a majority of the nation over the last week as oil’s meteoric rise pulls gasoline and other refined product prices higher. But, there may be some light at the end of the tunnel,” said Patrick De Haan, head of petroleum analysis for GasBuddy. “The sharp rise we’ve seen over the last three weeks should begin slowing down soon, barring another jump in the price of oil. This is because gasoline prices have now largely caught up to the jump in oil that started nearly a month ago. This isn’t an all-clear for the future, however, as oil prices could rise again at any time. But for now, oil has held around $83 per barrel, and without a further climb, gas price increases should slow down soon in the bulk of the nation.”

The following data shows historical gasoline prices in Mississippi as well as the national average going back ten years:

GasBuddy data is accessible at FuelInsights.GasBuddy.com.