Athlete of the Week: Peyton Roberts 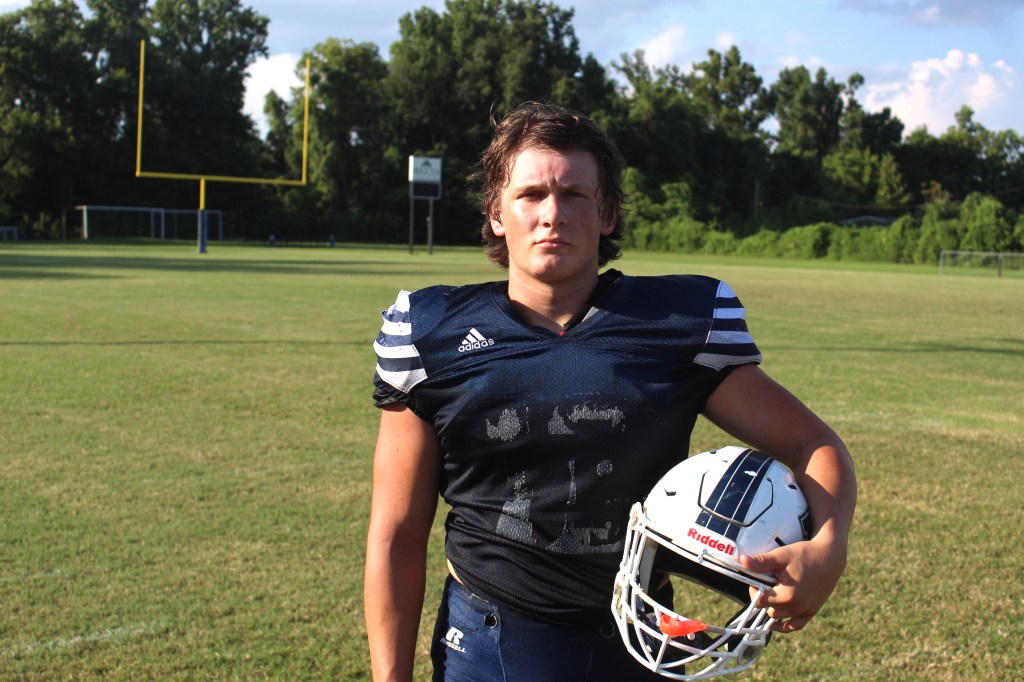 FERRIDAY — Delta Charter running back and linebacker Peyton Roberts was the winner of Athlete of the Week for Sept. 11. Roberts is a senior for the Storm and has been instrumental in the team’s 7-2 start this season.

He first started playing football in AYA in Vidalia. At the time, he played quarterback.

“I played every Saturday and I fell in love with it. My brother played too,” Roberts said. “I like to be physical and to get my hands dirty. The parent support is what stood out to me the most.”

His parents are Sandy Roberts and Shad Roberts. He has a younger brother named Kenneth Roberts and an older sister named Chloe Pearl.

Playing to the best of his ability and giving God all the glory is what motivates him on Friday nights, he said. After high school, he would like to play football at the collegiate level, but currently his plan is to go to Louisiana Tech and study aviation.

This year, he will have an opportunity to get a college offer when he participates in the Gridiron Bowl held in Hammond. He said he found out the news last week.

“I found that out last Friday right before the game, a man came in and personally invited me,” Roberts said. “One of my last hopes is to try and walk on. I want to study aviation because My grandfather was a pilot and my uncle was too. I love planes and the ones from World War Two. I think it would be a fun job to fly everyday. I went and toured Tech, they have these cool simulators. You fly from Houston to New Orleans and you fly the whole time of the flight. It’s like a game.”