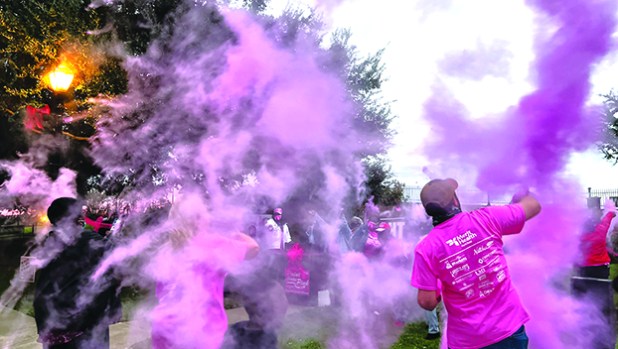 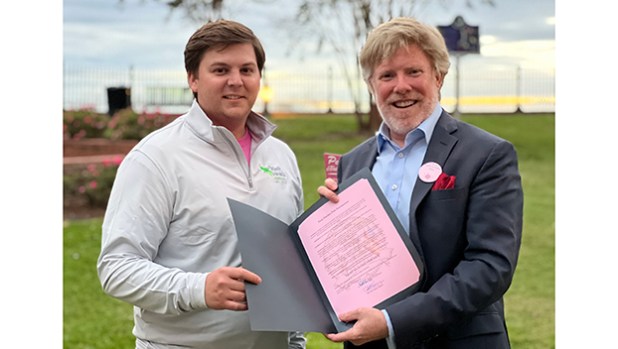 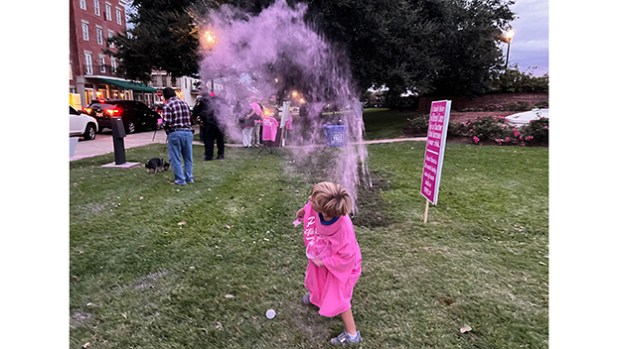 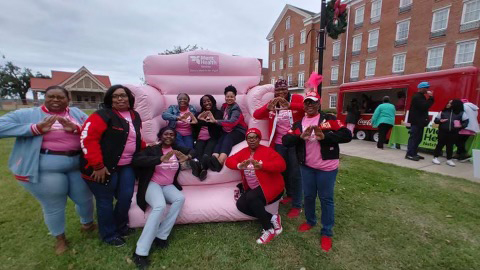 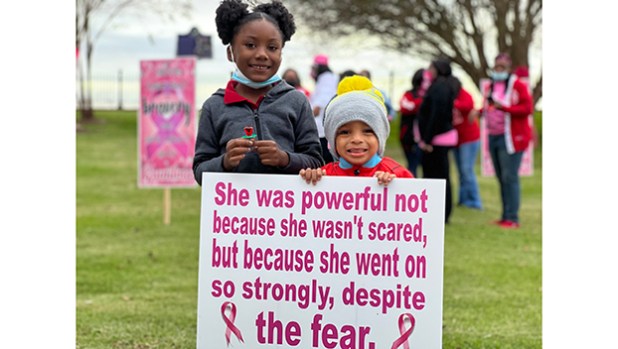 NATCHEZ — As Breast Cancer Awareness Month draws close to an end, Merit Health Natchez hosted one last awareness event on the Natchez Bluff officials said they hope will inspire and encourage those who are battling breast cancer and perhaps save someone’s life.

“Natchez has been a leader in spreading Breast Cancer Awareness for some time,” he said.

Gibson said in 2018, he was asked to be the man in pink for Real Men Wear Pink fundraiser, a national competition that supports the American Cancer Society.

During that year, Natchez raised more than $35,000, he said. The following year, in the same campaign, the late Rev. Kevin Deason raised almost $20,000 while at the same time was battling cancer himself. He succumbed to cancer in November 2019.

This year, Dennis Short was asked to join the campaign. As of Friday, Short’s campaign has garnered $42,795 for the American Cancer Society and holds the No. 1 spot for most funds raised in the Real Men Wear Pink of Central Mississippi competition, Gibson announced.

“I’ve seen so many people doing the same thing — raising money to fight cancer,” he said. “That speaks to the generosity of Natchez.”

The proclamation reads that in 2020, the American Cancer Society estimated that among United States women there were 276,480 new cases of invasive breast cancer and 2,390 of those are in the state of Mississippi.

It is estimated one of every 8 U.S. women will develop breast cancer at some point in their lifetime. The best defense against breast cancer is early detection through regular self-examinations and annual mammograms.

Due to the COVID-19 pandemic, many women have postponed their annual screenings, increasing their risk of undetected cancer.

On Paint Natchez Pink Day, “We are encouraging women who may have delayed their mammograms to schedule that screening now, because when breast cancer is detected early, life-saving treatment can begin right away,” Gibson said.

“This one-day event can encourage community involvement and camaraderie by displaying the universal symbol of breast cancer awareness, pink ribbons, as well as encourage employees and individuals to wear their pink. … If this one-day event is responsible for just one woman in our community scheduling a mammogram and taking control of her health, then we feel this event can be claimed a success.”