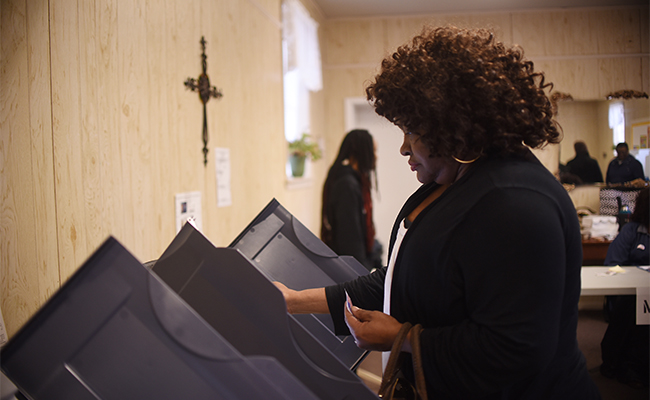 Jennifer Johnson casts her vote during the 2018 U.S. Senate Run Off elections Tuesday at the Lovely Lane Church in Natchez. ( File photo | The Natchez Democrat)

NATCHEZ— In Tuesday’s special election for State Senate District 38, Adams and Wilkinson counties voted synonymously with others in the district, favoring the Senator elect Kelvin Butler over his opponent Gary Brumfield.

District 38 has all of Wilkinson County and parts of Adams, Amite, Pike and Walthall counties in the southwestern corner of the state. Tuesday’s special election fills a vacancy left by Democratic Sen. Tammy Witherspoon, who resigned June 30 and was sworn in the next day as mayor of Magnolia.

Butler topped Brumfield in the State Senate District 38 special election, drawing just over the required 50% to win the race.

Only a four of the 19 voting precincts in Adams County voted in the State Senate race, which includes some of District 1, District 4 and District 5.

Butler previously served in the Mississippi for 12 years before stepping out to run for Chancery Clerk in Pike County. He ran for the seat again in 2019 but was defeated by Witherspoon.

Another State Senate seat will be decided in a Nov. 23 runoff.