FERRIDAY — Alderman Andre Keys declined to comment after being sentenced for sexual behavior with a student while he was employed by a local school in Concordia Parish.

“My attorney advised me not to speak at all and I ask that you not contact me anymore about it,” Keys said Thursday morning. 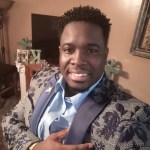 On Oct. 20, Judge Kathy Johnson issued a six-month suspended sentence and two years of probation to Keys and ordered him to pay a $500 fine and $260 in court costs after he pleaded guilty to prohibited sexual conduct between an educator and student, said Assistant District Attorney Austin Lipsey, who prosecuted the case.

Additionally, Keys has been ordered by Johnson to have no contact with the victim or her family, Lipsey said.

Keys is still actively serving as a member of the Ferriday Board of Aldermen after winning reelection in August 2020.

In early February, the Louisiana State Police Bureau of Investigations Special Victims Unit was contacted by the Concordia Parish Sheriff’s Office to investigate a complaint they had received from a local high school, LSP stated in a news release.

Keys was arrested by LSP in June 2020 for one count third-degree rape and two counts of sexual battery after they investigated allegations of inappropriate sexual behavior between a teacher’s aide, identified as Keys, and students.

School officials said when the allegations came forward, authorities were told immediately and Keys was immediately placed on administrative leave. According to minutes of the Concordia Parish School Board, Keys was terminated on June 10, 2021.

“Keys was initially arrested on allegations involving multiple students, but through our investigation we could only determine that one victim was involved,” Lipsey said.

The victim was older than 17 and legally considered to be an adult in the State of Louisiana, which allowed Keys to plead guilty to a lesser charge than what he originally faced, Lipsey said.

The charge Keys pleaded to is a misdemeanor and will not require Keys to register as a sex offender, Lipsey said. However, Keys would not be able to have the record expunged after completing his sentence, Lipsey said.