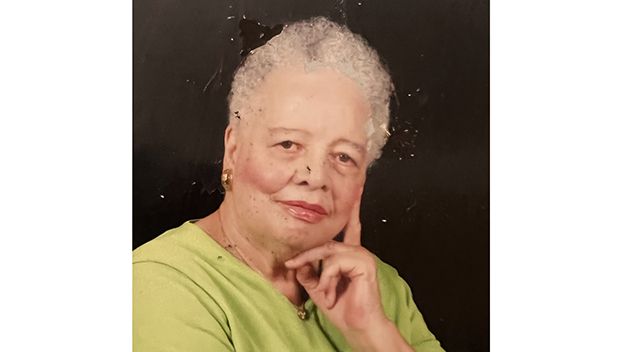 Graveside Services for Eugenia Brown Perry, 93 of Natchez, who died on Monday, November 1, 2021 at her residence will be held on Friday, November 12, 2021 at 1:30 p.m. at The Natchez National Cemetery, under the direction of Robert D. Mackel & Sons Funeral Home.

Eugenia Brown Perry was born in Natchez, June 28, 1928, to the late Houston Sidney and Carlotte Metcalfe Brown. She was christened at an early age in Zion Chapel A.M.E. Church where she spent time in Sunday School, the Youth Choir and other programs in the church.  When she began working in Hattiesburg, MS she joined Saint Paul Methodist Church however, after relocating to Natchez, MS she rejoined Zion Chapel A.M.E. Church where she remained a faithful member.

Eugenia attended Brumfield Hight School in Natchez and graduated in 1946. She excelled academically, sang in the school choir was a great basketball player and played an alto saxophone in the high school band.

She entered Tougaloo Southern Christian College in September,1946 and graduated in May 1951 with a BS. Tougaloo College provided her with superior training and experiences that enabled her to become a successful classroom teacher in the Public School systems of Mississippi.  While she was at Tougaloo she sang in the college choir under the direction of Ms. Sarah Booker Turner and was captain of the girl’s basketball team. Later she attended Auburn University and was certified to teach Special Education. She taught school in Collins, MS, Hattiesburg, MS and Natchez, MS. She retired from the school system in 1986 with 33 years of credible service.

Masks and social distancing will be enforced at all times.

A memorial service will be held at a later date.