WCCA rolls past SIA and into MAIS Class 1A Semifinals 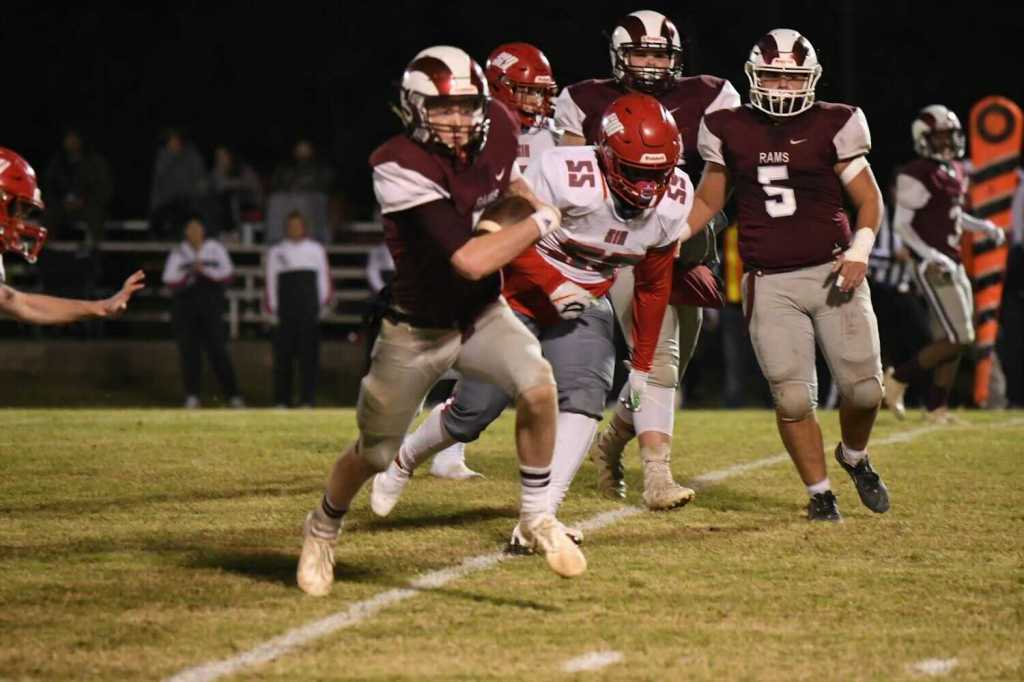 WOODVILLE — Wilkinson County Christian Academy senior quarterback Andrew Sessions threw three touchdown passes and ran for another as the No. 4 seed Rams cruised to a 44-6 win over the No. 5 seed Sharkey-Issaquena Academy Confederates Friday night in the quarterfinals of the MAIS (8-Man) Class 1A Playoffs.

Sharkey-Issaquena Academy kept WCCA out of the end zone until late in the first quarter when Sessions threw a six-yard touchdown pass to Nathan Mudd with 2:13 left to give the Rams a 6-0 lead.

Then the Rams took over in the second quarter and racked up 31 points to put the game out of reach. Session threw a 32-yard touchdown pass to Ryan Fisher at the 9:35 mark and threw a two-point conversion pass to Roderick Bailey to make it a 14-0 game.

Sharkey-Issaquena was driving for a potential touchdown that would have put the Confederates back in the game until Sessions picked off a pass in the end zone and returned it 100 yards for a touchdown with 5:07 to go in the second quarter. Bailey’s two-point conversion run gave the Rams a 22-0 lead.

Bailey then picked up a fumble and returned it 65 yards for a touchdown and Sessions ran in for two for a commanding 30-0 lead. Sessions threw his second six-yard touchdown pass to Mudd with 24 seconds left until halftime and Caleb Harvey’s extra point gave WCCA a 37-0 halftime lead.

Sessions ran in from 10 yards out to make it 44-0 in favor of the Rams. However, SIA made sure it would not be shut out as Dusty Hatcher scored on a six-yard run with 40 second remaining in the fourth quarter.