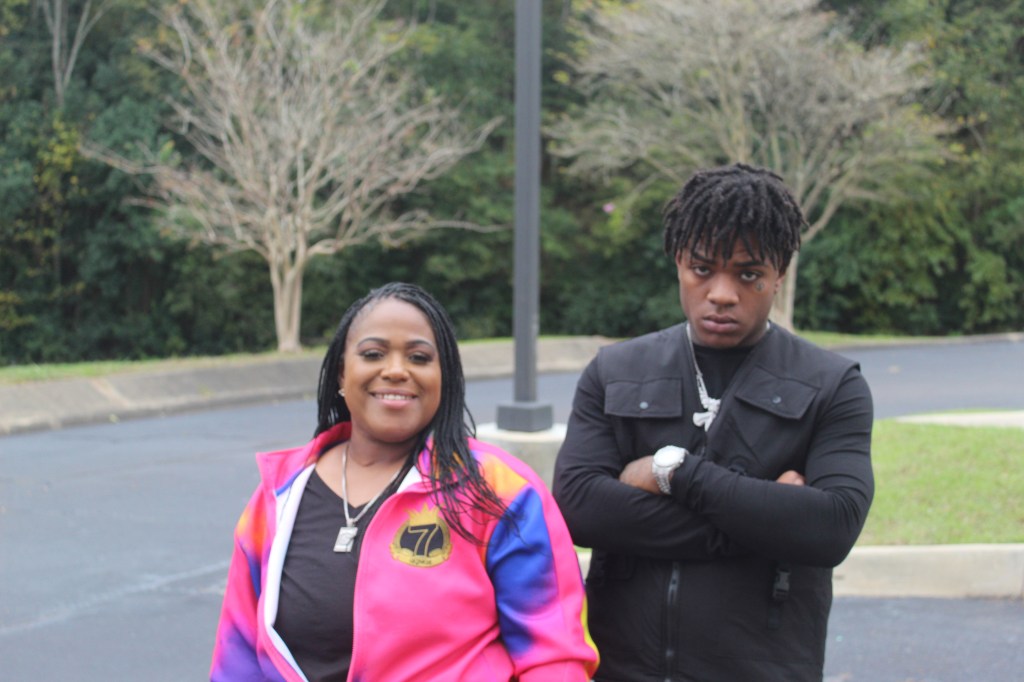 NATCHEZ — From the red track at Natchez High School, rapper Davaion Claiborne took to the mic and performed in front of the high school’s student body. His mother Tamara Hill watched as he rapped at Natchez’s pep rally for their game against Brookhaven.

“It was a dream come true,” Claiborne said. “I graduated from there in 2019 and I plan to be doing a lot more and giving back to the community.”

Claiborne began singing when he was about 5 years old, his mom said. Michael Jackson was an inspiration to him, and he has enjoyed music his whole life. Through his free style videos, 7Kings Entertainment discovered him.

A typical day is filled with rapping and shooting videos, Claiborne said. Instagram and social media posts are handled by him. His label has a marketing team which handles the scheduling and promotion.

Claiborne said he is the baby of the family but is trying to make a name for himself with rapping and singing.

“He always told me he would be a rapper and he is living his dream now,” Hill said. “I’m very proud. I’m proud he came back and is going to bring something to the city. It was a gift. Everyone is born with a gift and it is what God gave him.”

His dream through music is to pass on generational wealth. “I want my kids, grand kids, great grandkids to be rich off of me,” Claiborne said.