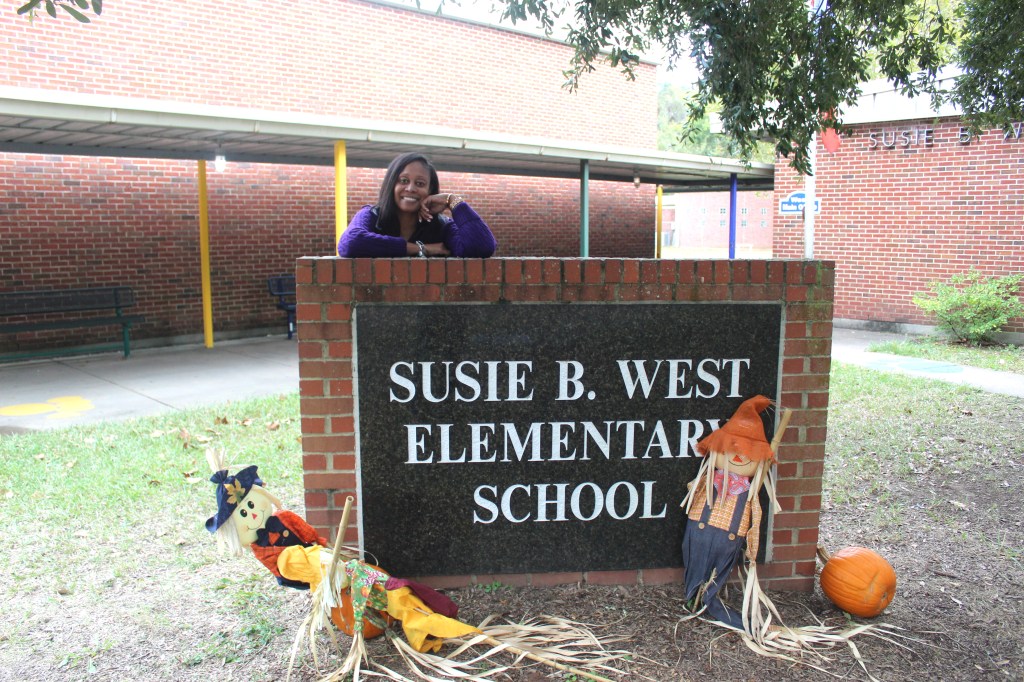 Susie B. West Elementary School principal La’Toya Scott-Hammett comes from a family of educators. In her spare time, she enjoys spending time with her son and watching football with him. (Hunter Cloud | The Natchez Democrat)

NATCHEZ — Hallways were silent as students took tests at Susie B. West Elementary School on Lewis Drive, close to where The Dart landed Thursday.

La’Toya Scott-Hammett, who has been principal for two years, said COVID brought challenges to the school but students and faculty are rising to those challenges.

“I fell into education,” Scott-Hammett said. “I was headed to medical school and after being home and having a family of educators, it was more of a calling. I came back home. In Natchez, you are either in healthcare or education. I chose education to follow my parents footsteps.”

Her mom was the principal at Holy Family for 45 years. Her grandfather served as the principal at Prince Street Elementary School for 37 years and her grandmother was also a teacher. Education is near and dear to her heart, and taking on a leadership role was natural, she said. Personal experiences and her education have shaped her into a leader, and her grandfather was her biggest role model. She said she wanted to serve the students and even overcame her shy nature to do so.

“I’m shy, but the role I have I can’t be shy in,” Scott-Hammett said. “I have confidence but I try to play a background role. It is contrary to my personality. You have to be friendly and open. It is not my personality.”

When she is not at school serving as a principal, she is spending as much free time as she can with her son Desmomd Hammett. He is a drummer in the marching band at Morgantown Middle School, she said.

One of the ways they spend quality time together is by watching football.

“I’m an Alcorn State fan. I travel with the team and will leave for Florida tomorrow,” Scott-Hammett said. “I love football and I love Saints football. The coolest memory is watching Alcorn win the SWAC three times in a row. The most recent one we beat Southern at Alcorn State in 2019. We go to games together.”