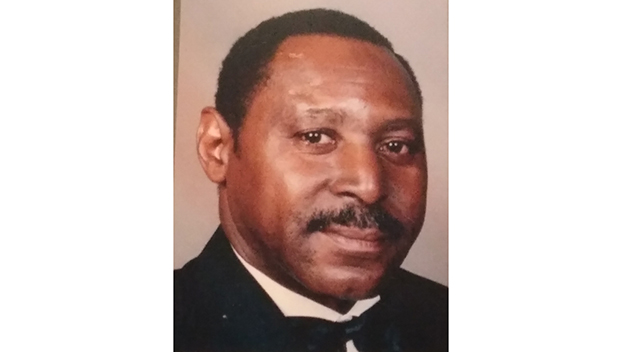 PHILADELPHIA, PA – Nathaniel Chatman, Jr.  entered into eternal rest on Wednesday, Nov. 3, 2021. Nathaniel, affectionately known as Chat, Jr. or Nate by family members and friends, was born to the late Nathaniel Chatman, Sr. and Mamie B. Chatman on Sept. 16, 1948 in Natchez, Mississippi. He was the eldest son of five children.

Chat accepted Christ at a young age via Grove AME Church. The Chatman family moved their membership to Zion Chapel AME Church. There, Chat was reared in the YPD and was active on the Junior Usher Board.

As a child, Chat enjoyed certain pastimes such as: playing sports, music, participating in church activities, swimming, being an active boy scout member, as well as nickel (matinee) flicks on the weekends. Chat would enjoy attending the town’s rodeos as well. Chat loved to share stories of his childhood and how he would love to accompany his grandfather, Joshua David Watkins, an elder in the AME Church, to various conferences and meetings. Chat would often reminisce about when his grandfather made time to play football with him as well.

Chat graduated from Sadie V. Thompson High School, where he was a pro-candidate football player during his senior year. Unfortunately, Chat suffered an injury which ended his football career.  However, Chat maintained his focus on his academic endeavors.

Chat graduated from Mississippi Valley State College (now University) with a Bachelor of Science degree in Social Studies. While attending Valley, he met his college sweetheart, Kelly Gray Hollis.  Both Chat and Kelly were proud students of the Southwestern Athletic Conference (SWAC).

Following graduation from college, Chat and Kelly married June 18, 1972, and relocated to Philadelphia, Pennsylvania during the same week of their nuptials. Upon settling into Philadelphia, Chat became employed by various companies to provide for his household, although he had aspirations of becoming a United States Marshal.

Chat was family oriented and lived to make his family live beyond meager comforts. Chat enjoyed traveling, fishing with the Ocean Hunters Club, and you could always count on the Chatman household to have weekly fish fries on Friday. Also, Chat enjoyed grilling year-round, and entertained extended family members and friends during the annual block parties, all were welcomed. Chat was a beloved Charmer to his wife, Charm Kelly, of the CHARMS Inc. Philadelphia Chapter.

In his spare time, Chat would listen to great musicians, (WAR, Santana, Mandrill, Jimi Hendrix, Jazz, etc.). Chat was known to listen to stations WHAT or WURD 900 every Sunday while in route to church. Chat enjoyed reading, watching the history channel, the news, and his favorite, old military and western movies and television shows.

Chat was known to sit on his porch and engage in conversation with neighbors or others passing through the neighborhood. Chat enjoyed talking about sports, politics, and life in general. Sometimes, the discussions were heated debates; however, it was all out of fun and love.

Chat rarely missed a beat; he prayed daily and served his church home faithfully until his health began to decline. Chat served on the Usher Board at Mother Bethel AME Church for over forty years, where he served in various capacities including as president. Chat was also a member of the Brotherhood/Sisterhood of Ushers. Chat was a part of the Men’s Fellowship, and was a on the Trustee Board briefly; however, due to his employment, he was unable to fulfill his Trustee duties.

Chat was preceded in death by his parents and eldest sister, Amanda Chatman-Anderson of Gary, IN.

Visitation will be held from 9 a.m. until time of service at Camphor United Methodist Church.