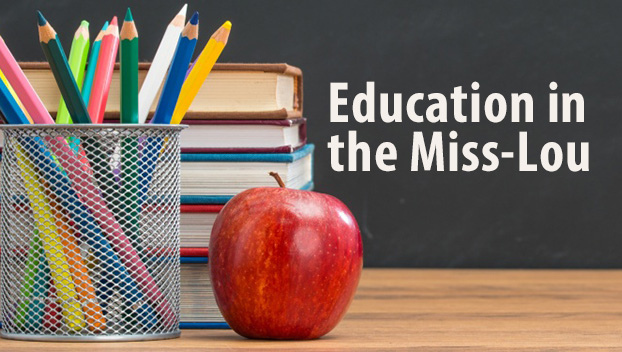 NATCHEZ — The Concordia Parish School Board will be recommending Nicky Pere’ to the Secretary of State’s office to fill the vacant seat left by John Bostic when he stepped down from the school board in October.

The school board heard presentations from a total three applicants who showed interest in filling the position, Pere’, Ralph Simmons and Matt Taunton.

Pere’ said he has 14 years of experience in education, having served as a teacher, coach, athletic director and administrator in the early part of his career.

Pere’ said he also has a business background and experience in money management and financial planning, which he gained by owning and operating a large farm.

“From an early age, a good education was always stressed to me and my two older brothers by our mother and Sarah and I have stressed the same to our children,” Pere’ said to the board in his presentation Tuesday. “I’ve always wanted to be a coach and teacher and got around to fulfilling that dream later in life. Now retired, I have a strong desire to stay involved in our community and our schools. I feel that being a school board member would be the perfect way to accomplish this.”

Simmons said he has served in public education in various capacities for a total of 29 years, including the past 12 years as an administrator.

Simmons said he is currently serving as the Secondary Director of Education in Caldwell Parish. He and his wife have lived in Monterey together since 2012 and his wife is a 1994 graduate of Monterey High School.

After hearing the candidates’ presentations, school board members wrote down their choice of candidate on a piece of paper without announcing their choice and passed it to the clerk to read who had the most votes.

Seven of the eight board members voted for Pere’ and one voted for Taunton.

Board president Fred Butcher said the board’s recommendation would be taken to the Secretary of State’s office for final approval.

After a temporary replacement is approved, Butchers said a special election would likely be held in the spring for the school board term beginning in August. Whoever is elected would also have to run again in the regular election of school board members, he said.

“I’d like to thank all of the candidates who took time out of your busy schedule to apply for the position,” Butcher said.