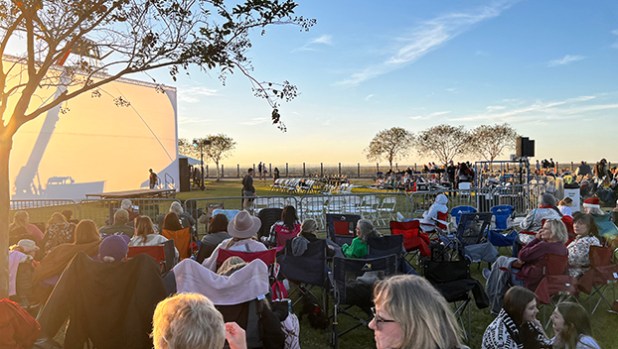 Thousands of people attend the movie premiere of Hallmark and Evergreen Production's "Every Time a Bell Rings" on Sunday. (Sabrina Robertson | The Natchez Democrat) 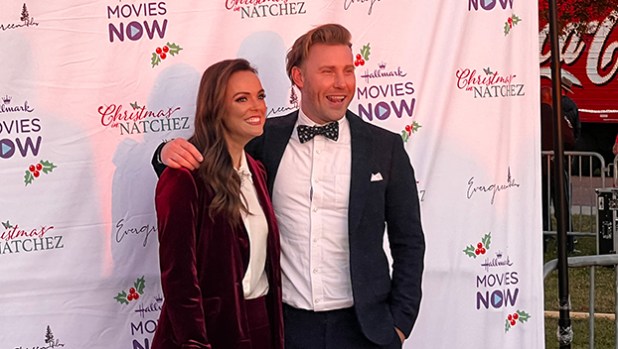 Erin Cahill and her husband Paul Freeman pose for photos at a movie premiere starring Cahill Sunday on the Natchez Bluff. (Sabrina Robertson | The Natchez Democrat) 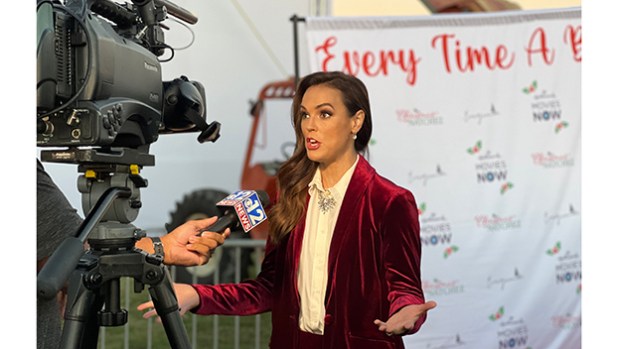 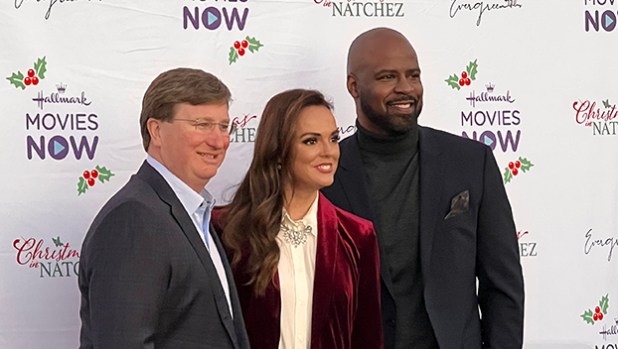 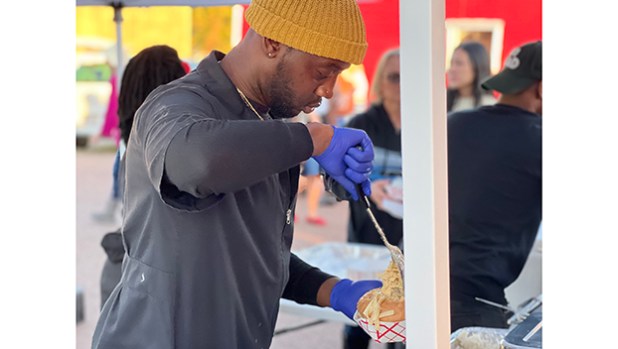 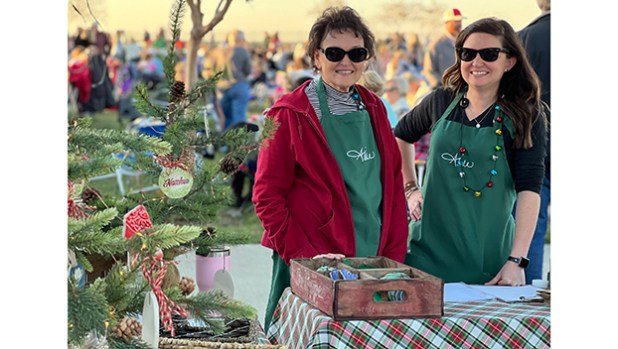 NATCHEZ — Thousands of snuggled up on the Natchez Bluff with lawn chairs and blankets Sunday evening for the movie premiere of “Every Time a Bell Rings,” a Hallmark channel Christmas movie filmed in Natchez.

The film’s official release date is not until Nov. 18. However, Natchez got the first viewing of the film on a big screen.

Also attending the premiere was a special guest, Gov. Tate Reeves, in addition to cast and crew members.

“I can’t begin to describe how it feels,” Natchez Mayor Dan Gibson said of the premiere. “We are living a dream here in Natchez. To have this wonderful moment, with the sunset on the bluff, it just couldn’t be better.”

Executive Producer Daniel Lewis said it was the community’s support that made the film possible.

“This city is unbelievable,” Lewis said. “With you guys rallying around us — we’re a small movie and you made this movie possible. You welcomed us in with open arms. Business owners, home owners and the community reached out to us and said ‘what do you need, we’re here to help’ and you meant it. It wasn’t just pleasantries. It was real genuine care about this film and wanting to make it beautiful. Tonight, this is our love letter to the City of Natchez.”

Lewis said Evergreen Productions, the studio behind “Every Time a Bell Rings,” was so pleased with the community’s support that they would be working on another film project in Natchez in December.

“You’ll be seeing a lot of posts online about wanting extras and needing locations and what not. I appreciate you guys for the support that you gave for the last movie and I hope you will rally around this one as well,” he said.

Lead Actress Erin Cahill, who stars in the movie along with Wes Brown, Brittany Ishibashi and Ali Liebert, said Natchez gave her a movie making experience she hasn’t had in her 20 years of working in film.

“This town is so special,” she said. “I have never in my 20 years of doing this job been embraced by a town like this.”

As a thank you, Lewis and Cahill presented Gibson, on behalf of the city, with the original bell in its wooden box as seen in the film. As a return of thanks, Gibson presented Lewis and Tate Taylor, who with his production studio Crooked Letter Pictures assisted in the escalation of the Natchez Film Industry, with keys to the city.