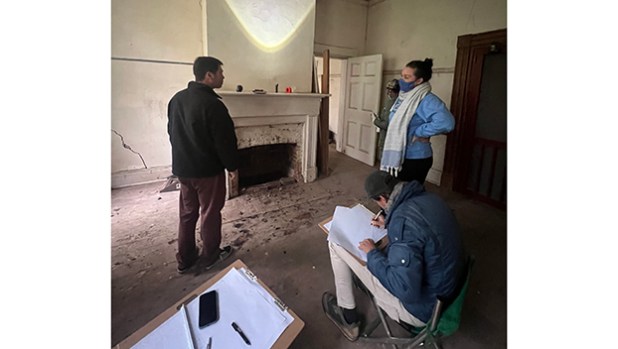 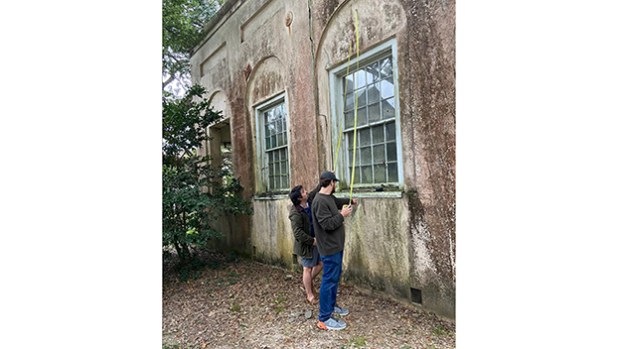 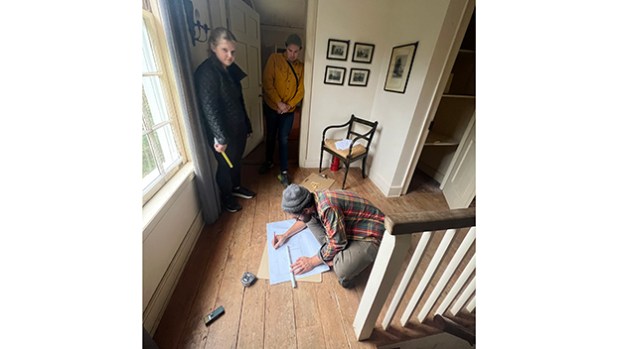 NATCHEZ — Students and professors of Tulane University recently spent a week in Adams County studying the historic buildings. They plan to archive their findings for use in creating new exhibits that broaden the world’s understanding of antebellum Natchez.

Brent Fortenberry, director of preservation studies and associate professor of historic preservation at Tulane University School of Architecture in New Orleans, said he and 18 graduate students traveled to Natchez at the beginning of the month for the “learning lab” portion of the class.

After taking a walking tour of Natchez and visiting historic structures, the bulk of their time here was spent at Oakland Plantation, located outside Natchez off U.S. 61 South in Adams County.

“These are graduate students in the preservation program at Tulane and myself and Jane Ashburn, another faculty member, are teaching studio one, which is the building studio,” Fortenberry said. “The course focuses on historic building documentation, condition, assessment and conservation and explores, how do you graphically record a building and then how do you translate that into line drawings and then into a series of architectural renderings.

At the same time, how do you investigate a historic building to understand their phasing, how they looked in the past from plan to construction to finish.”

Fortenberry said he has been collaborating with the Historic Natchez Foundation, the Mississippi Department of Archives and History and the National Park Service to participate in a Natchez outbuilding survey since 2018.

“That project is focused on recording all the antebellum outbuildings in Natchez and Adams County and looks primarily at buildings that are not part of the main house,” He said. “We’re interested in the Main House but primarily we’re looking at kitchen quarters and other outbuildings that are associated with the enslaved African American experiences in Antebellum Natchez.”

Through the research and documentation of these buildings, Fortenberry said researchers will be able to use their findings to create new digital and physical exhibitions to tell “a more equitable and diverse narrative” about the past.

“Increasingly, we consume our world through our rectangles, as I like to say, so AR and VR and online interactive maps are all a part of the work as well,” he said.

Fortenberry said Oakland is a critical property that tells a story within the broader scope of Natchez and Adams County during the antebellum period.

The main house was first constructed in 1820 and was later enlarged in 1840, he said.

“I still don’t know what it is. I’ve asked Mimi Miller, who is a library of information at the Historic Natchez Foundation, and she can’t figure it out either,” he said. “If it stumps Mimi Miller, it stumps everyone.”

Fortenberry thanked the new owners of the property for allowing him and his students to study it and also thanked Carter Burns and the Historic Natchez Foundation for pointing them to Oakland.

Joe Brown and his wife Marcy purchased Oakland Plantation from Andrew and Jean Peabody of Natchez just a few weeks ago.

“We love everything about it,” Brown said. “The grounds are beautiful. We know a house is a challenge but it’s exciting. We love how all the buildings are built in a U-shape. We live in Baton Rouge but will be here a lot.”

As a history enthusiast himself, Brown said he was happy to let the students and professors at Tulane come and study the property and learn more about it himself.

“What we produce here will be given to the homeowner and archived with the National Park Service,” Fortenberry said. “We hope to submit these buildings, with Joe’s approval, into the Library of Congress so they will be archived forever to have a comprehensive record of these structures.”