Monterey off to a fast start 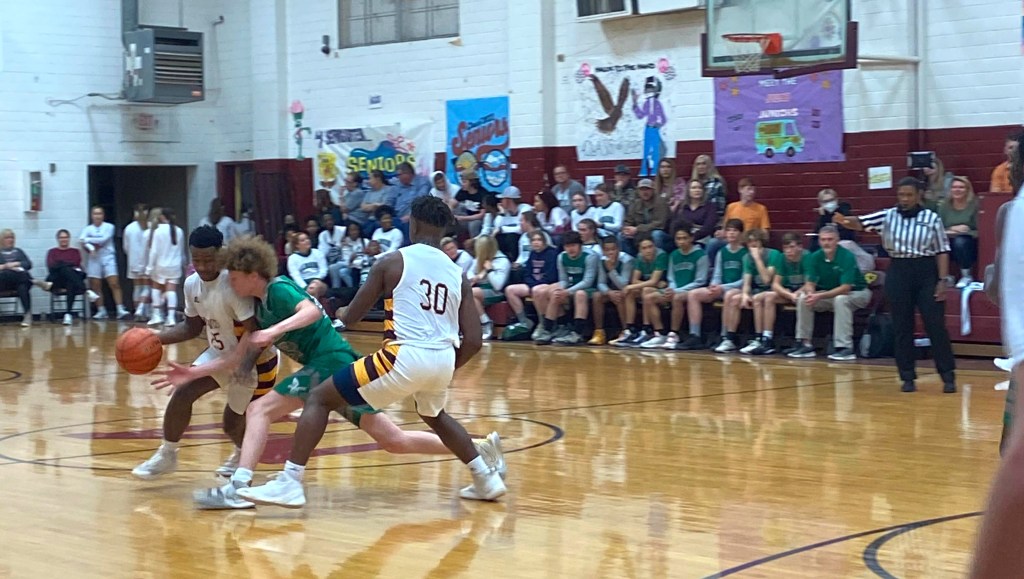 Monterey basketball player Phillip Atkins dribbles through a screen in their homecoming game against Kilbourne last Friday. The Wolves are 4-2 this season while the Lady Wolves are 5-1. (Ashley Powell | Wolves Athletics)

MONTEREY — Monterey High School basketball is off to a hot start. The Lady Wolves are 5-1 and the Wolves are 4-2 to start the season.

Head coach Eric Richard said they have been playing good basketball and have been consistent. As the season progresses, the competition will step up but for the girls and boys teams he is proud of their growth. This season is only the second year he has coached the girls team.

“On the girls team, we didn’t have any seniors last year. No one had ever started a game before,” Richard said. “I learned a lot from coaching them too. We are more comfortable with each other now. I think they are just playing now instead of over-thinking.  Their game has slowed down. At first, everything goes at warp speed. Now, they don’t have to think as much and they understand what I want. We can play faster, crisper and cleaner.”

The boys team returned two starters from last year’s team after they lost five seniors who had played together since sixth grade. While the team does have a little more experience they lack continuity.

On the road in Plaucheville, Monterey fell 61-56 to St. Joseph for their second loss of the season. He said they were a good team and playing on the road made it a challenge. His team has improved since this summer.

“This summer, we were not a good basketball team,” Richard said. “I think we are improving on the court right now. I’m not disappointed about where we are with the boys.”

He said as a group they are figuring out how to play together. The Wolves are also forging a new identity. Last year’s team had the strength of playing on the same team since sixth grade. They had also faced a lot of adversity together and it showed in the playoffs when they came from behind to beat Lacassine after trailing by 10 points for most of the game.

“As a group we have not been through that yet. This team’s style of play is different,” Richard said. “We are trying to find what is the best way to play with this team. I think we are getting better every time we get on the court.”

Iron is currently going up for the new gym at Monterey High School. Richard said the gym is expected to be finished by May. The new gym would give more room to sit and enjoy the basketball game. Monterey would also be able to host playoff games. Last year, they had to play their playoff games at Vidalia.

“Anytime you can upgrade a facility it boosts your confidence. It will be sad when we leave the basketball gym,” Richard said. “It is the only gym this community has ever known. It will be sad to leave but it will be exciting to have something the whole community can be proud of.”