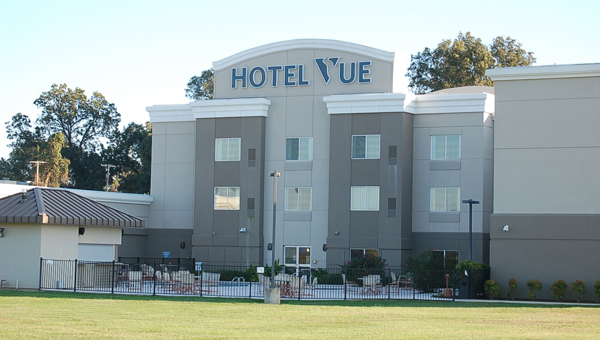 The Hotel Vue and Super 8 have been ordered into the possession of Red Oak Capital.

NATCHEZ — Red Oak Capital III LLC has been granted possession of Hotel Vue and the Super 8 Motel in Natchez.

Both properties, along with The Briars historic home, are tangled up in a convoluted web of alleged wrongdoing by Ryan Mullen, who is registered agent of the companies that own them.

At the request of U.S. Attorney prosecuting the case, the trial has been continued several times.

A jury trial for Mullen and co-defendant Duane A. Dufrene is set for Jan. 31, 2022, with pre-trial conference set for Jan. 5, 2022, before Judge Jane Triche Milazzo in U.S. District Court in New Orleans.

According to the indictment, Mullen and Dufrene are accused of fraudulently obtaining loans from financials institutions for the purchase of a residence and several hotels, including The Briars, Hotel Vue and Super 8 in Natchez by falsifying IRS tax forms and financial statements.

The indictment also alleged Mullen received loans for the properties greater than what was paid for their purchase and used approximately $1.3 million to purchase a number of luxury cars.

Mullen has been unreachable for comment. His attorney in the matter of the possession of Hotel Vue and Super 8 Motel, Daniel Ware of Jackson, did not return a call requesting comment on Friday.

Mullen, through attorney Ware, has filed for appeal of the Brown’s possession order. Brown set a bond amount of $400,000 for The Vue and $250,000 for Super 8, which Mullen and his companies would have to pay for such an appeal of the possession decision to move forward to Circuit Court here.

According to Brown’s order, Mullen has until Monday to post the bond.

Several calls to Red Oak Capital, which is headquartered in Grand Rapids, Michigan, were not returned.

Red Oak, in the possession proceedings, were represented by Stephanie Rippee of Watkins & Eager of Jackson. Contacted on Friday, she would not make any comment on behalf of Red Oak Capital.