NATCHEZ — On Wednesday, David Neal Cox, 50, became the first person to be executed in Mississippi since 2012 while nearly 40 others — including a man sentenced in Adams County and another convicted of killing a Natchez teen — remain on death row.

Cox pleaded guilty in 2012 to capital murder for the May 2010 shooting death of his estranged wife, Kim Kirk Cox. He also pleaded guilty to multiple other charges, including the sexual assault of Kim Cox’s 12-year-old daughter as her mother lay dying in front of her.

The Clarion Ledger reports 36 men and one woman are currently on death row in the state, adding no other execution has been scheduled as of Wednesday.

One of those on death row is 52-year-old Joseph Patrick Brown, who in March 1994 was convicted of murdering a Natchez convenience store clerk and sentenced to death in Adams County. 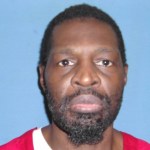 Court records state that during the early morning hours of August 8, 1992, Brown and his then-girlfriend were driving around Natchez looking for drugs when they pulled into the Charter Food Store where Martha Day worked.

Brown’s girlfriend testified that she saw Day “grab her chest, turn and fall to the floor” after Brown approached the counter. She testified that Brown returned to the car with a cash register and other items. It was discovered later that Day had been shot four times and died at the scene.

In another case, a Natchez man attending Mississippi State University in Starkville was killed.

Willie Jerome “Fly” Manning, 53, is on death row at Mississippi State Penitentiary with two death sentences for a Nov. 1994 conviction of double murder. 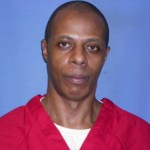 Jon Steckler, 19, and Tiffany Miller, 22, two students at Mississippi State University in Starkville were, according to prosecutors, forced into Miller’s car from the street in front of Steckler’s fraternity house on December 11, 1992.

About an hour later, a motorist found Steckler by the side of a road in rural Oktibbeha County just outside Starkville. He had been shot in the back of the head and run over by Miller’s car, a Toyota MR2. When law enforcement officers arrived, they found Miller’s body in nearby woods.

She had been shot twice and evidence suggested that she had been sexually assaulted. Steckler died shortly after. In the morning, Miller’s car was found near the MSU campus.

Steckler was a sophomore majoring in forest resources. He played high school football for Cathedral High School in Natchez and a devout Christian who went on mission trips with the Catholic Youth Organization. He served in the mission field in Mexico and was also an outdoorsman and hunter.

Miller was a third-year sophomore from Madison and studying nursing.

Manning was arrested after he reportedly attempted to sell items that belonged to the victims — including a Cathedral class ring that Steckler wore — as well as items from a car that was burglarized at the fraternity house where Miller and Steckler were seemingly taken.

Manning has maintained that the items he attempted to sell had been stolen by someone else. He had been scheduled for execution in May 2013, but the death penalty was stayed without explanation. Just days before the scheduled execution, the U.S. Justice Department and Federal Bureau of Investigation acknowledged flawed DNA evidence had been used to convict Manning amid a broader review of the FBI’s handling of scientific evidence in thousands of violent crimes in the 1980s and 1990s.

Manning asked for a retest of DNA evidence used in the case using technology that was not available at the time of his trial.

He has previously been exonerated of a second double murder conviction for the deaths of 90-year-old Emmoline Jimmerson and her 60-year-old daughter, Albertha Jordan.

Both were murdered during an attempted robbery at their apartment in Starkville weeks after Steckler and Miller were killed.

The Mississippi Supreme Court overturned this verdict and ordered a new trial after finding that the prosecutors withheld evidence showing that a key witness had lied. The charges against Manning for the Jimmerson and Jordan murders were later dropped.