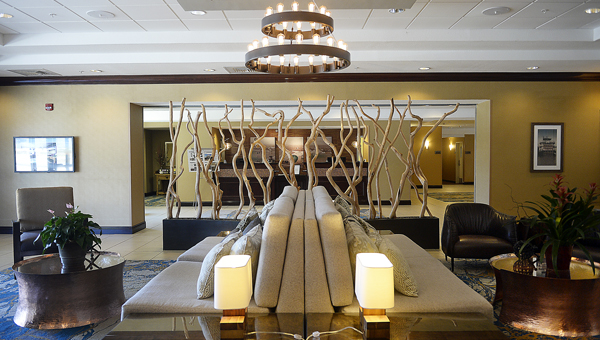 The lobby of Hotel Vue in Natchez. (File/The Natchez Democrat)

NATCHEZ — Red Oak Capital, which foreclosed on Hotel Vue and Super 8 Motel and took possession of the properties last week, said the hotels are up and running and improvements are under way.

“We have full control,” said Joseph Elias, chief operating officer at Red Oak Capital. “We have hired most of the staff back — we did that on the first day — and are improving on rooms and getting decked out for the holiday season.”

Elias and his company have hired a management team from JDH Developers of Atlanta, which specializes in the hospitality industry, to manage Hotel Vue.

“We plan on keeping the hotel open and improving upon the rooms and the operations,” he said. “Even the rooms that are down now, we are bringing them back up. Any supplies the staff has been missing, we are providing those supplies. The staff even has direct deposit (of their paychecks) now. We plan on operating it better than before while we look for a new owner for the property. We have a good management team in place.”

Elias said he is impressed with the Natchez community and how welcoming it has been to him and his company.

“Natchez is a beautiful town. And this is a beautiful piece of property and seems to be important not just for people from out of town, but for the community, too,” Elias said.