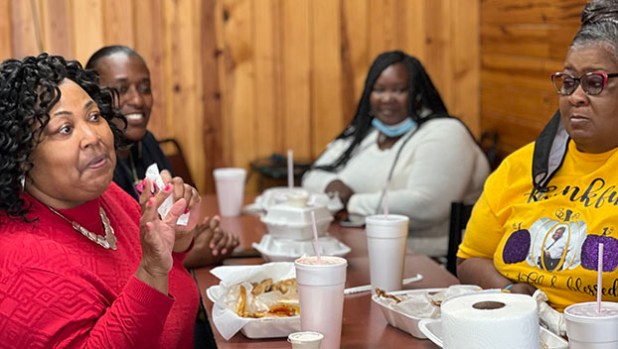 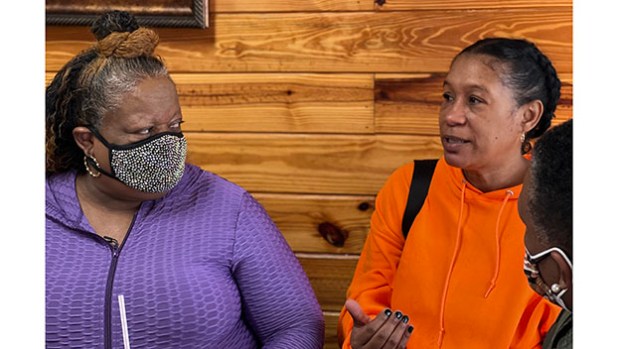 From left, Jacqueline Marsaw listens as Nedra Hackett talks to the group about losing her son Rijus Woods to friendly fire while he was in army boot camp at the age of 18. (Sabrina Robertson | The Natchez Democrat) 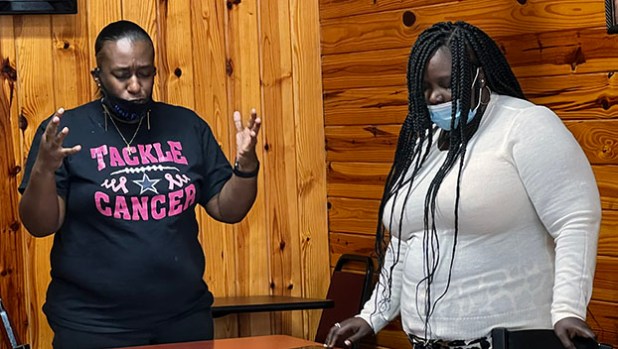 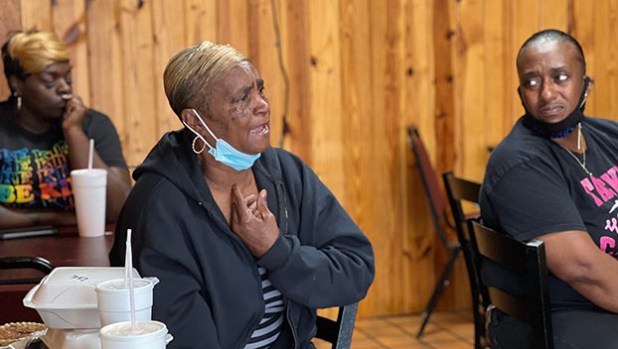 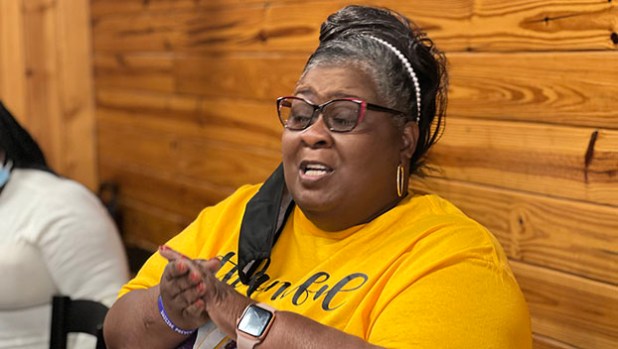 Georgia Green speaks to a group of grieving parents on Saturday about losing her daughter Martinique Rounds to cancer. Rounds was a teacher at Ferriday Upper Elementary School. (Sabrina Robertson | The Natchez Democrat) 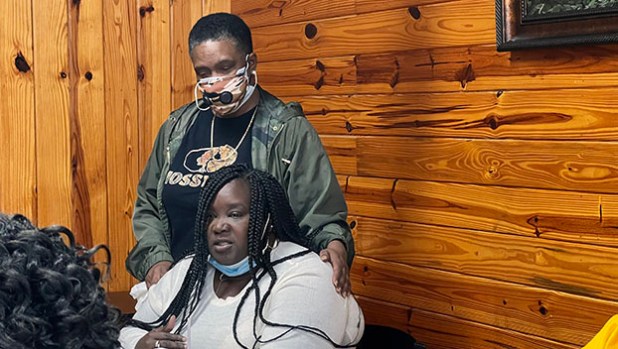 Connie Good comforts Angenel Washington as she talks about her losing her 18-year-old daughter, Jamesia Brown, on May 1, 2020. (Sabrina Robertson | The Natchez Democrat) 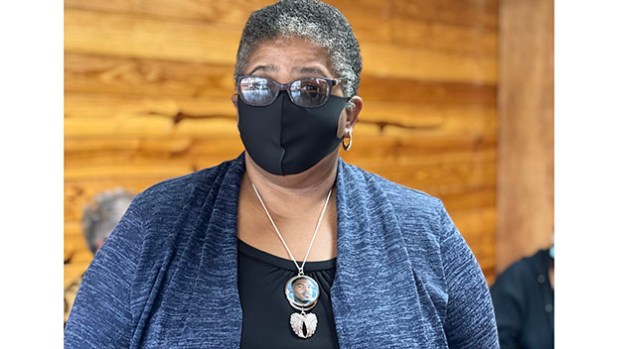 Carrie Jackson wears a necklace with her son Willie Earl Jackson’s picture on it after he died with COVID-19 and pneumonia in August. (Sabrina Robertson | The Natchez Democrat)

NATCHEZ — A support group for grieving parents founded six to seven years ago by Jacqueline Marsaw has resumed social gathering since COVID-19 and has added new members.

It is not a club anyone wants to join, but  it can help parents through the most difficult tribulation they have ever faced, members said as they gathered at a local restaurant at 261 Devereux Drive on Saturday.

“Not a day goes by when I don’t think about my child,” said LaZenda Abraham, whose son Kelvin Abraham was killed by a violent crime in August.

Kelvin Abraham was 43 years old when he was shot and killed inside his car near Martin Luther King Jr. Street and Concord Avenue. He was a brother, father, grandfather and LaZenda Abraham’s son.

Another new member, Angenel Washington, lost her young daughter Jamesia Brown along with Brown’s boyfriend, Cameron Jones, to gun violence on May 1, 2020.

Washington was left to raise the couple’s infant child, Cayden, who is now two years old.

Washington said she heard the gunshots outside of her apartment at Kenny Graves Apartment Complex and found her daughter before first responders arrived. Brown was already gone and Jones died later at the hospital, Washington said. Brown would have turned 20 years old this month, Washington said.

“Jamesia was my child. She was my reason for getting my life together. My daughter was murdered sitting at home. It has been almost two years and I’m still fighting to get justice for them,” Washington said.

Adams County Sheriff’s Office arrested Somaj Jackson, 18, for two counts of first-degree murder in relation to the shootings. Jackson has since been released on a $100,000 bond, $50,000 for each charge, Washington said.

Marsaw said the group was started due to a need she found in the community from a peaceful “Stop the Violence” march she organized in 2014. However, the group is not only for parents whose children died of violent crimes.

Georgia Green, the mother of Martinique Rounds, joined the group when her daughter died with cancer at the age of 44 in June. Rounds was a teacher at Ferriday Upper Elementary School.

“It’s been really hard. I distanced myself from everyone,” Green said.

Green said she found comfort in being around others who understood her pain. Connie and Donald Good, who lost their daughter Brittany in June 2017 to a tragic accident, said they also find comfort in prayer.

Brittany Good died after she was hit by a car and has three children without their mother as a result.

“The way I get through my pain is I trust I the Lord,” Connie Good said. “I drove by right where my child was killed and I didn’t even know. I saw the dent in the hood and thought ‘what might have done that?’”

“A lot of people who haven’t been through this don’t understand,” he said.

Miranda Woods said while she hasn’t lost a child, she has lost several close people in her family and understands grief.

She is working towards her degree in grief therapy while offering support in the meantime as the facilitator of a grief support group program at Daughters of Zion Baptist Church in Natchez called “Surviving the Holidays.”

Altogether, Marsaw said the group has garnered approximately 40 members from Adams County and surrounding areas. Those interested in joining can search for “Grieving Mothers and Others” on social media, she said.