Junkin: Stepped up for Green Wave 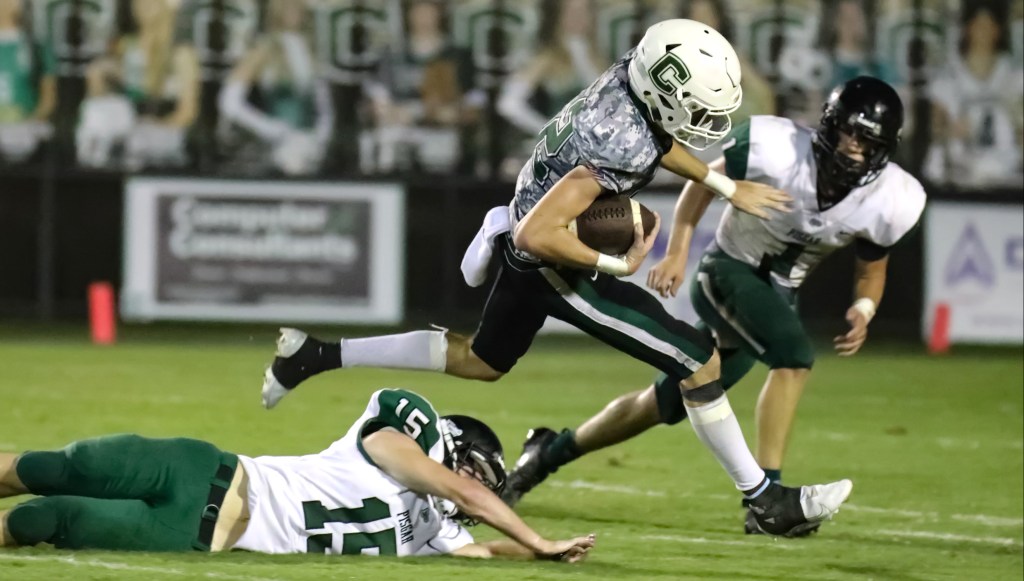 Paxton Junkin is Cathedral's scholar athlete for the Miss-Lou chapter of the National Football Foundation and College Hall of Fame. Athletes from each of the area high schools and junior highs were nominated, winners will be announced in the following weeks. (Jody Upton | Cathedral Athletics)

NATCHEZ — Cathedral senior Paxton Junkin was voted the Athlete of the week for the first half of October. At the time, Junkin had nearly led the Green Wave to victory over Central Hinds Academy after quarterback Noah Russ was injured.

In the game he did about everything he could to put his team in a position to win. Junkin completed three out of four passes for 59 yards, had a touchdown pass. Caught four passes for 48 yards and a touchdown. He had six carries for 60 yards. Additionally, he made 13 tackles on defense and had three punts for a 42 yard average.

Looking back on the game he recalls a few things.

“I just knew I had to step up into a good spot and make the most of the situation,” Junkin said. “We didn’t win but we came close in the end. If we had won the game it would have been in my top five games for sure.”

This season the Green Wave had younger coaches who brought new energy to the football program. Cathedral made the playoffs but lost in the first round to Bayou Academy. Junkin said he and the team gave it all they had.

Now, he is looking forward to the Green Wave’s baseball season. It will be his last as a senior. Junkin was the hero last year for Cathedral when his walk-off double lifted Cathedral into the playoffs past ACCS in extra innings.

“We have a good group who seems to work hard,” Junkin said. “I want to win a state championship in baseball this year.”