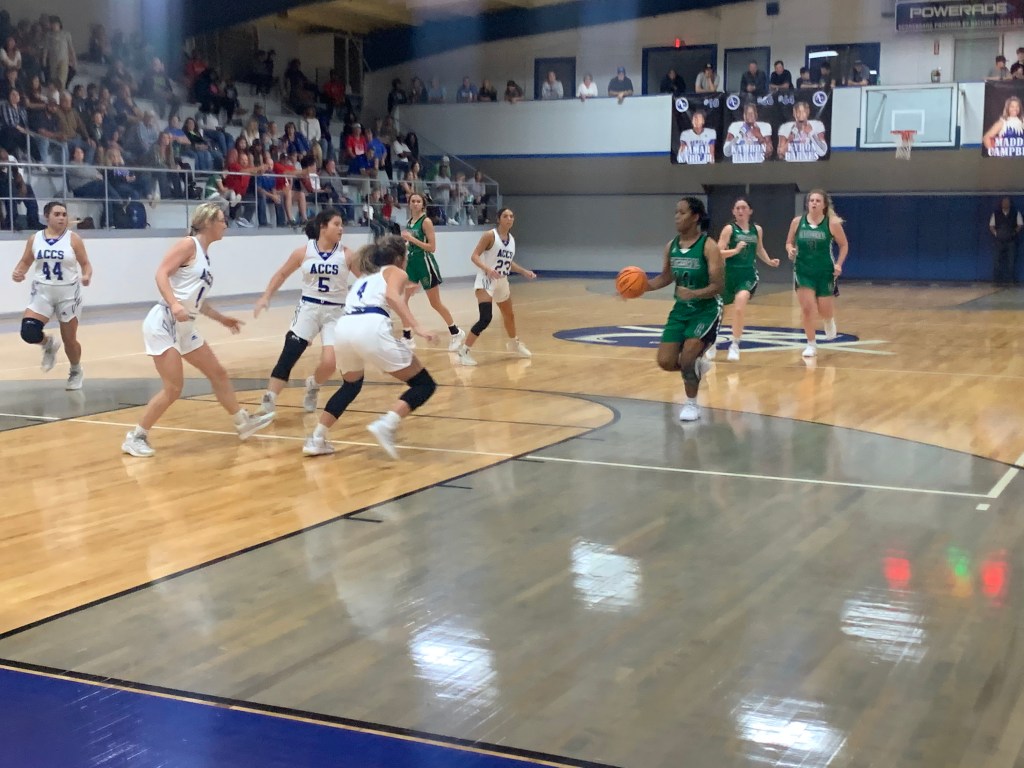 NATCHEZ — At the halftime buzzer, Cathedral led by just eight points. ACCS had plenty of layups and free throws to tie the game in the first frame.

Those missed chances would cost them as Cathedral pulled away late in the third quarter to win 52-25. Green Wave senior Cate Drane scored 22 points in the contest and led the team in scoring.

“I should have way more than that. I wasn’t making my shots like I wanted to,” Drane said. “ We didn’t play well in that first half. At halftime, We talked some sense into ourselves. We wanted it bad and we had to prove we wanted it.”  AC cut the deficit down to six points by the middle of the third quarter.Drane and other Green Wave players made several defensive plays to go on a 10 point run to close the quarter.

It gave the team the boost they needed as they closed the game with a 12-1 run. Drane said the team communicated well to finish the game.

“It was really just us talking to ourselves and fixing our problems,” Drane said. “If we hadn’t communicated it would have been a six-point game. Communication is key for any team.”

Cathedral opened up their district play by winning on the road. They doubled up on their cross-town rival in front of a packed gym.

“It feels great,” Drane said. “We beat them in their house. Now we have to defend ours.”