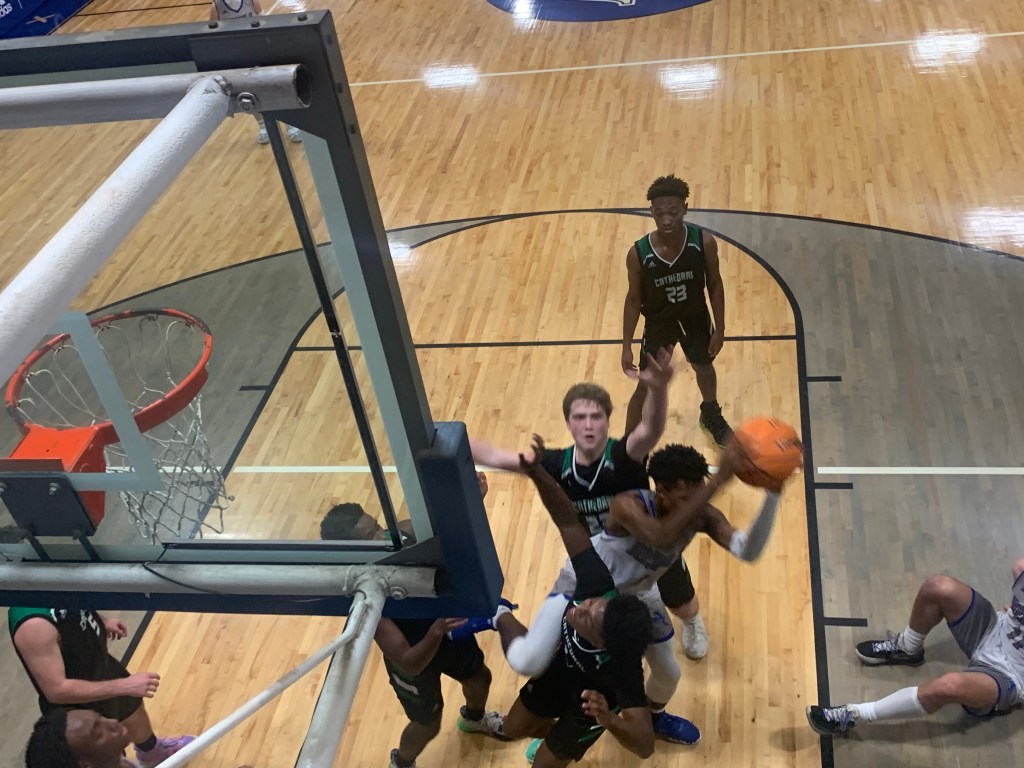 NATCHEZ — Adams County Christian School’s gym went black as a light show was put on. Jimmy Allgood called out the names for the Rebel’s starting lineup.

From that moment on it was a loud atmosphere as the stands were filled to the rafters. In the end, ACCS players celebrated a thrilling 42-33 win with their student section.

Tiqi Griffin and DK McGruder led the Rebels with 11 points each. Griffin played a great game and made several key layups, controlled the ball well and made some defensive stops, head coach Matthew Freeman said. Griffin said he loved the atmosphere.

“It was great, I love to play in big games and big-time moments,” Griffin said. “I feel like we played better with the crowd and the intensity.”

In warmups, he felt good with his shot and wished he could have made more in the game. Griffin and his teammates worked hard this summer to get ready for the season.

He said every day they could be in the gym they would go and work on their shot. It has paid off as they are playing really exciting team basketball.

Cathedral looked to Kaden Batieste to lead the scoring charge as he put up nine points. The Green Wave weren’t ever able to get any grip on the game after the first half. After the first two quarters, they were down four but couldn’t find a way to tie the game. Griffin said he felt AC had the momentum.

“I feel like we had the momentum the whole game,” Griffin said.  “We had a mindset that we weren’t going to get beat. Celebrating with the crowd, I’m going to miss it. There is no feeling like it. The school supports you and the city supports you. There is nothing like it.”

Freeman said both teams improved by playing in the intense environment. Students from ACCS and Cathedral spent the entire second half changing back and forth at each other.

There were a few times when the crowd noise reached fever pitch levels, like when Jamar Kaho made a dunk for the Rebels.

“The atmosphere was electric,” Freeman said. “It was cool to see both teams handle that pressure. It happens twice a year. I wish it could happen once a week. It’s awesome for both schools.”