A ‘blessing’ for Barnes twins to continue football career with USM 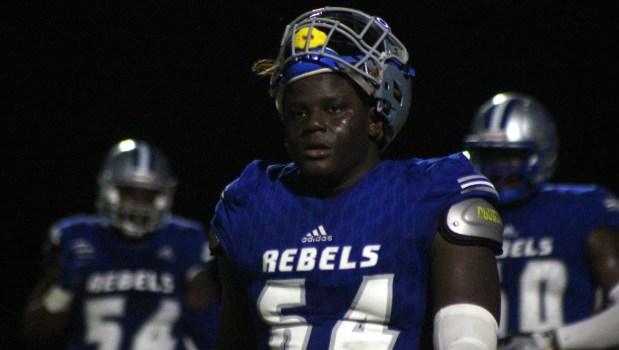 Kyron Barnes is the talkative twin. They typically think on the same wavelength and share a close bond. Together they will play offensive line at Southern Miss.. Kyron is 24/7 Sports #43 ranked recruit in Mississippi. (Hunter Cloud | The Natchez Democrat) 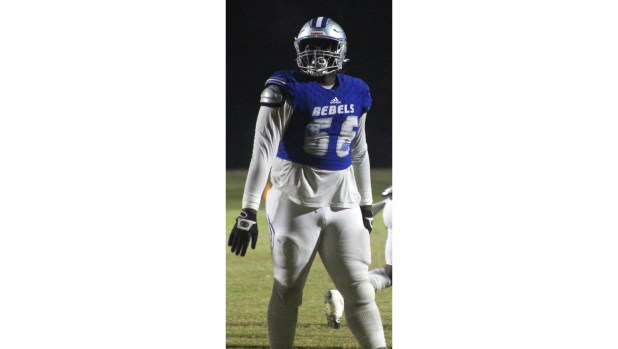 Kamron Barnes is the quieter of the Barnes twins. He played offensive line for Adams County Christian School and was selected to the MAIS 4A All-Star game. He is 24/7 Sports #44 ranked recruit in Mississippi. (Hunter Cloud |The Natchez Democrat)

NATCHEZ — Adams County Christian School twins Kamron Barnes and Kyron Barnes signed with Southern Miss Wednesday. The two played on the offensive line at ACCS and played in the MAIS 4A All-Star game.

Kamron and Kyron will celebrate their signing with the Golden Eagles at a date to be determined, AC athletic director Richy Spears said. According to 24/7 sports rankings, Kamron was ranked the #44 recruit in Mississippi, and Kyron was ranked #43.

The Fayette natives have played football together for the past 12 years. In July, Kyron talked about his dream to keep playing football with his brother at the next level.

At the time, they were verbal commits to USM. Now they are part of the 2022 signing class and will continue their journey playing together.

“It is truly and honestly a blessing to play with my brother at the next level,” Kamron said. “A lot of these guys from the previous years at AC had to split and go their separate ways and could not play ball with their brothers and friends. Being able to go to USM with my brother is a blessing because everyone knows we are inseparable when it comes to each other.”

Kamron said they are not enrolling early and plan to make the most of their senior year with the Rebels over the next couple of months.

Southern Miss head coach Will Hall said he enjoys recruiting and developing the family atmosphere in a press conference in Hattiesburg about the early signing day Wednesday. Hall said he is excited about the program’s direction.

“You don’t want to be somewhere that doesn’t feel comfortable or somewhere you feel out of place,” Kamron said. “You are going to play ball there for the next three to four years. It can’t be an amazing experience if you are not comfortable being there.”

Hall said his biggest emphasis with recruiting was finding players for both sides of the trenches especially on the defensive line. He wrapped up his first season with the Golden Eagles and looks to keep developing the program. Kamron said USM did a great job in recruiting this year.

“I’m just blessed to be one of the recruits,” Kamron said. “Not a lot of people from this area go and play college ball, let alone go D1 straight out of high school. I’m just thankful for everyone who got me here. My pewee coaches and my high school coaches.”