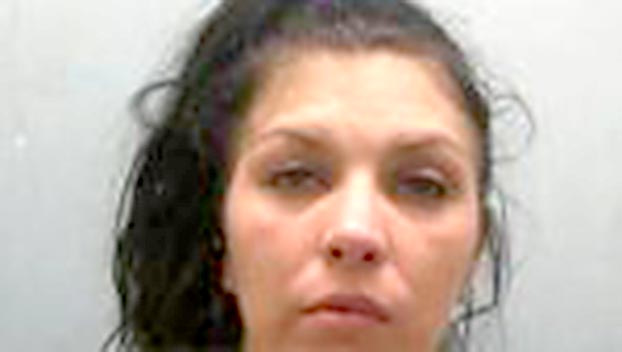 Jessica Renee Aldridge, 34, was sentenced to the maximum of 20 years for a manslaughter conviction and 10 years for felon in possession of a firearm. (Democrat file photo)

NATCHEZ — Jessica Renee Aldridge, 34, who is awaiting trial for the murder of her boyfriend, is back in the Adams County Jail.

The office of Mississippi Attorney General Lynn Fitch revoked Aldridge’s bond after it was discovered Aldridge violated the terms and conditions of her bond by going to locations not permitted through her release on house arrest, said Adams County Sheriff Travis Patten.

Aldridge is accused of shooting and killing Joseph Cupit, 41, outside her residence on Benbrook Road on March 17, 2019.

Since that time, Aldridge has been in and out of the county jail, returning each time for violation of terms of her house arrest. Circuit Court Judge Lillie Sanders has denied at least two requests by Sixth District Attorney Shameca Collins’ office to revoke Aldridge’s bond and have her remain in the county jail until her trial.

Circuit Court Judge Debra W. Blackwell originally reduced Aldridge’s bond from $200,000 to $100,000 in the spring of 2020 after Aldridge’s attorney, Cynthia Stewart, produced medical documents that said Aldridge’s health was at risk by being incarcerated at the jail due to COVID-19. Aldridge was pregnant at the time, having become so after a liaison with a fellow inmate while incarcerated.

Blackwell ordered Aldridge to stay at her home, wear an electronic monitoring device and pay the device’s monthly service fee. In her order, Blackwell said Aldridge was not allowed to have visitors or have access to social media, internet or phone.

However, since that time, Aldridge allegedly has violated those terms on a number of occasions. Posts on social media have shown Aldridge in Duncan Park and dining in a Natchez restaurant.

It is unclear whether a new trial date has been set for Aldridge. No one was available in Sanders’ office this morning to provide that information, a receptionist there said. The state attorney general’s office has taken over prosecution of the case.